CLAIM:
“Had I known that the enemy was going to use airplanes to strike America, to attack us, I would have used every resource, every asset, every power of this government to protect the American people.''
- President Bush, 3/25/04 [Source]

FACT: On August 6, 2001, President Bush personally “received a one-and-a-half page briefing advising him that Osama bin Laden was capable of a major strike against the US, and that the plot could include the hijacking of an American airplane."
- Dateline NBC, 9/10/02

FACT:
U.S. and Italian officials were warned in July 2001 that Islamic terrorists had considered "crashing an airliner into the Genoa summit of industrialized nations."
- LA Times, 9/27/01 [Source]

FACT:
A 1999 report prepared by the Library of Congress for the National Intelligence Council "warned that Osama bin Laden's terrorists could hijack an airliner and fly it into government buildings like the Pentagon." The report specifically said, "Suicide bomber(s) belonging to al-Qaida's Martyrdom Battalion could crash-land an aircraft packed with high explosives…into the Pentagon, the headquarters of the CIA, or the White House."
- CBS News, 5/17/02 [Source] 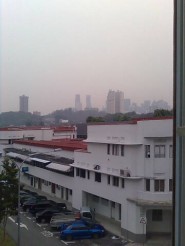 HOWARD Had Lunch With

CHECK IT OUT - THE FIRST PAGE OF XENOXNEWS.COM

WHAT IS BEST: TIGRIS OR EUPHARTES?