As they piss on us from above.


A few things to consider:

The US military death-toll in Iraq looks
like being around 12000 plus, in truth.

Why is the mainstream media failing to report
the 300-400 US death-toll at Camp Falcon
when it came under heavy rocket attack?
Satellite pics show the great damage caused
by munitions exploding in the camp's ammo dump.
How long can they keep this story down?

Oz is setting records too:
The Howard government has taken federal taxes,
including the GST, to a peacetime record of
25.7 per cent of gross domestic product.

Thank God for Neo-Liberal small-government
and all the theoretical freedoms!
.oOo.

Every year you wait, long ago gets farther away. 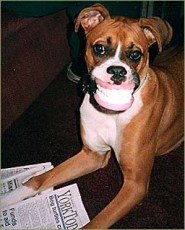 ANZUS TO BE REPLACED?

WHERE ARE MY PICS?

Dump the Libs, snub the Labs!