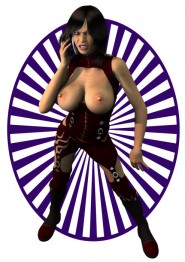 The disgraceful Australian Government of John-I-am-not-a-Treasurer-Howard overrides the nation’s judicial system in an attempt to incriminate Indian-born, Gold Coast doctor Mohamed Haneef, baselessly branding him a terrorist for apparently leaving behind a useless sim card later found on cousins suspected of involvement in last month's bungled crimes in London and Glasgow, when he returned from a British holiday a year ago. Consider a similar scandal unravelling in Amerika under the rogue Bush regime’s slow poisoning of democracy, rule of law and the fly-blown U.S. Constitution.

The government has concluded its case against Jose Padilla and yesterday, to no one’s surprise U.S. District Court Judge Marcia Cooke refused a defense request for directed verdict of not guilty. Assistant U.S. Attorney Brian Frazier claimed “I think it is a very tightly knit conspiracy.”

Indeed there has been a tightly knit conspiracy but not the one Frazier is trying to portray.

The conspiracy – and one doesn’t need 300,000 wiretaps to expose it — is between President Bush, his chosen legal representatives – former Attorney Generals John Ashcroft, former Deputy AG James Comey, current AG General Alberto Gonzales and the representatives in a Miami Federal courtroom prosecuting the case against Jose Padilla — Frazier, John Shipley, Russell Killinger and Stephanie Pell. It is a conspiracy to commit of a travesty of justice. A conspiracy of dunces.

On the day Padilla’s capture was announced to the American public by then Attorney General Ashcroft via satellite from Russia (no doubt during KGB Heritage Month,) took its brand new “John Yoo Constitution” out for a test drive. Ashcroft flat out accused Padilla of being “an al-Qaida operative…exploring a plan to build and explode a radioactive “dirty bomb.” Bush immediately followed by declaring Padilla an “enemy combatant.” Two years later those charges vanished, just like Superman’s nemesis Mr Mxyzptlk (pronounced mix yez pittle ick) used to appear and disappear into the Fifth Dimension.

Next Deputy Attorney General James Comey stepped up to the microphone with
with his own take on Padilla’s guilt – saying Padilla had been planning to use gas stoves to explode high rise apartment buildings in the United States.

This did, however, present Comey with a conundrum:

The challenge of the Padilla case, for me as the United States Attorney, was the absence of a hammer. If I can’t credibly threaten criminal charges, no lawyer in the world is going to tell their client to talk to me, because any good lawyer would know, what I’m sure Mr. Padila’s lawyers knew, that if you just clam up, they can’t do anything with this.

The United States Supreme Court stepped in and gave Padilla and his now available legal counsel a get-out-of-jail outline of the legal steps he should take to be freed. Presto! Comey’s exploding gas stoves charges were mooted

Alberto “I don’t recall…remembering” Gonzales then substituted brand new charges – Padilla was part of a conspiracy involving, “murder, kidnaping and maiming.” Prosecutors Frazier Shipley, Killinger and Pell were given their marching orders. They saluted smartly.

Here’s the “hard evidence” the defense has to neutralize:

1. The prosecution produced an Al Qaida training camp application form (no College Board or SATs required) which, miracles of miracles, has allegedly been entrusted to an English-only speaking and reading CIA agent in Afghanistan, by a mysterious stranger, along with a truckload of documents in Farsi or Sanglechi Ishkashimi. The CIA agent then managed to pluck out from this plethora of paper one single document: Padilla’s signed application form along with, what was later discovered, were his fingerprints. Of course, those fingerprints could have been placed anytime during the three-and-a-half years Padilla was in custody, as no chain of evidence was ever presented by the prosecution for the form.

2. The prosecution has in its possession 300,000 wire taped conversations involving Padilla’s two alleged co-conspirators Adham Hassoun and Kifak Jayyousi, of which 230 were the core of its case. Only 21 of these 300,000 make reference to Padilla. Of these the government produced 7, count ‘em 7, phone calls with Padilla’s voice and not one making a reference to the charges he was indicted on “murder, or kidnaping or maiming.” The government claims the conversation were in code but produced witnesses who, without a code book, and could only guess as to the meaning of certain words.

3. There is, however, a wiretap conversation of Padilla’s alleged co-conspirators, Adham Hassoun and Kifah Jayyousi discussing a CNN interview with Osama bin Laden they had seen on television interview – which Padilla never heard or discussed.

4. And finally, a government favorite “terrorism expert” who never had one word to say about the three prisoners in the dock. Instead Rohan Gunaratna recited old shibboleths once-a-terrorist-always-a-terrorist (Revolutionary War historians take notice.)

Ashcroft, then Comey, and now Gonzales, Frazier, Shipley, Killinger and Pell have built a case on fantasy, supposition, prejudice and fear mongering. Can the defense make the jury see the shocking inadequacies of the prosecution’s case? Will they be able to separate Padilla’s treatment and the “evidence” against him from the case against Hassoun and Jayyousi?

Logic will get you from A to B, Imagination will take you everywhere.

The Money or the Bomb?