Wednesday, 18 December 2002 By E NON E MOUSE
YEAH, BUT WHAT ARE THE ODDS? I MEAN, LOOK AT WHO'S IN CHARGE AT THE WHITE HOUSE?

In the benign case, there is a quick and decisive victory. Iraqi oil is off the market for only a short period, there is no damage to oil producing facilities in Iraq or elsewhere in the region, other OPEC countries increase production to offset the loss of Iraqi oil, there are few adverse political repercussions in the region, and there are no serious terrorist attacks in the U.S. or among our allies. In the intermediate and worse cases, there are progressively greater disruptions to oil supply, progressively more adverse political repercussions in the region, and progressively more serious terrorist incidents.

The effect of the war on oil prices in the benign case is modest and unwinds quickly. Indeed, the lifting of uncertainty about the outcome of the war results in a rally in equity markets and improved economic performance relative to the no-war case. The effects are more serious in the intermediate and worse case scenarios. Output growth slows markedly for a couple of quarters in the intermediate case, and the unemployment rate remains over 6% at the end of 2003. In the worse case scenario, the economy falls back into recession, with the unemployment rate reaching almost 7 ½%.

Some of the key conclusions from the study are:

· Economic performance is better in the benign war scenario than in to no-war case, because a quick and decisive victory eliminates uncertainty without producing any adverse effects.

· There are, however, serious adverse effects on economic performance in the intermediate and worse case war scenarios, and the worse case results in a global recession.

Ladies and gentlemen, tighten those sphincters: the shit-storm cometh!

And writing things down, by way of passing time; to amuse myself, no more. 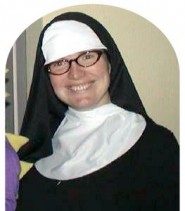