Home  North America  Some GOOD news for a change... 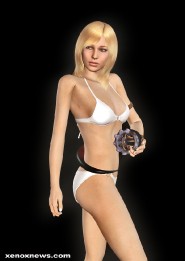 Some GOOD news for a change...

Legendary Funds Manager Julian Robertson
Predicts Utter Global Collapse Stemming
From Bursting of Property Bubble.
(what we have all been waiting for)


Posted by the analyst under Economies,
Financial Markets

In a recent interview on CNBC with Ron Insana, one
of the "old-timer" funds manager, Julian Robertson,
predicted "utter global collapse" as a consequence
of the bursting of the world-wide property bubble.

Often called "Never Been Wrong Robertson", the
former head of Tiger Management (once the largest
hedge fund in the world), is extremely worried
about the speculative bubble in real estate.

Specifically, he is very worried about a world
that is sustained by American consumer spending
which is in turn 1/4 sustained by a property
bubble. He predicts that 20 million people could
lose their homes once the property bubble bursts.

Even more worrisome, he thinks central banks
around the globe out of desperation will try to
re-inflate the world economy with more liquidity
that will create an inflationary spiral unseen in
the economic history of mankind. "Where does it
end?", Insana asked Robertson. "Utter global
collapse," he answered. But not just economic
collapse ... collapse of epic proportions.
Collapse and disintegration of all infrastructure,
including government. Inflation will run into the
double and triple digits. "Food production will
fall. People will be carrying around U.S . dollars
in wheelbarrows like Germany," he said.

"The American consumer is effectively now
supporting the rest of the planet," he continued.
"Consumption rates in all other nations are
falling, have fallen to the point that the tax
revenues to governments, that the business and
industries those nation states are providing is
now a net negative number relative to total debt
service and public cost, that this exists in
virtually every nation state on the planet now."

And for much of this "doom", interestingly, he
blames the Bush-Cheney "regime". "They have now
consolidated power and money on the planet to the
maximum extent possible. The planet's net
liquidity, that is its, net free cash flow. Is now
a negative number. The planet is not simply
sinking into a sea of red ink; it is already sunk.
The people just don't realize it yet," he said.

According to Robertson, "the Bush-Cheney regime is
preparing the nation for transition from democracy
into dictatorship because a dictatorship will be
necessary to control, in 5 years time, food and
water riots." He said "the federal government,
that part of Patriot II Act, the internal exile,
that the government is going to have to build now
huge detention compounds on federal lands,
probably in the West where the land is available,
to potentially house 50 million or more citizens
that will be in financial ruin."

In 10 years time, whoever is left will be
effectively starting again, he said. "More
importantly, and I'm trying to think how we imply
this or how we express this to the people, what
extraordinary times we are living in and how the
destruction of the planet has been engineered by
the Bushonian Cabal from 1980 to 1992, and then
from 2001 to present, which has effectively
destroyed the economic liquidity of the planet,"
he said.

Robertson ended the interview by saying that he
hopes he is not alive to see this. "The lucky ones
are the ones who are my age now," he said.