Johnny bought a donkey from a farmer for $100. The farmer agreed to deliver the donkey the next day.When the farmer drove up the next day, he said, "Sorry son, I have some bad news. The donkey is o­n my truck, but the bugger's dead."
Johnny replied, "Well then, just give me my money back."

The farmer said, "I can't do that. I went and spent it already."

The farmer asked, "What are you going to do with him?"

Johnny said, "I'm going to raffle him off."

The farmer exclaimed, "You can't raffle off a dead donkey!"

But Johnny, with a big grin on his face, said "Sure I can. I just won't tell anybody that he's dead."

A month later the farmer met up with Johnny and asked, "What happened with that dead donkey?"

Totally amazed, the farmer asked, "Didn't anyone complain that you had stolen their money because you lied about the donkey being dead?"

Johnny replied, "The only guy who found out about the donkey being dead was the raffle winner, when he came to claim his prize. So I gave him his $2 back plus $200 extra, which is double the going value of a donkey, so he thought I was a really great bloke."

Johnny grew up and eventually became the Prime Minister of Australia, and no matter how many times he lied or how much money he stole from Aussie voters, as long as he gave them back some of the stolen money, most of them thought he was a great bloke. And soooo sincere!

(Pinched this one from The Age...) 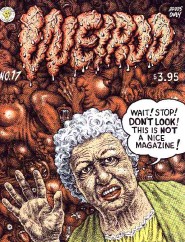 *THE GST* LEST WE FORGET