A globally circulated "pass-along-email" has emerged this week which accuses The Sydney Morning Herald of crude innuendo and smear. Titled "A Lament for Journalism and Schapelle: The Anatomy of a Smear" the email reproduces an SMH report of Sunday 30th November, and parodies its construction using two characters Mr Ed, and Junior Scribe.

A globally circulated "pass-along-email" has emerged this week which accuses The Sydney Morning Herald of crude innuendo and smear. Titled "A Lament for Journalism and Schapelle: The Anatomy of a Smear" the email reproduces an SMH report of Sunday 30th November, and parodies its construction using two characters Mr Ed, and Junior Scribe.

The SMH report was purportedly covering the emerging hit record by New York artist, Tara Hack, which supports the campaign to free Schapelle Corby. According to the email, the report then lurches into unsubstantiated orchestrated smear against Ms Corby.

The main section of the email is produced below:

A Lament for Journalism - aka The Art of Opinion Management

Mr Ed: "Ah, young Harry, we could do with a bit of a story o­n Corby, and there's something supportive going around the net channels which is in danger of catching people's attention".

Junior Scribe: "So it's best to cover it in some way, so as to cover our tracks, just in case?"

Junior Scribe: "I've got a couple of ideas, sir"

Mr Ed: "Throw a few words in at the start to imply that it's edgy and probably irrational. 'Notoriety', now that's a good o­ne, and call it 'political'! Make sure you re-enforce the term "convicted drug smuggler" to imply that she is somehow guilty, without ANY reference to what actually went o­n in the show trial. In fact NEVER refer to the show trial whilst you are working here.".

Mr Ed: "And be sure to play down the increasing international concern about the lack of any action to help her. I know what to do: blame a film! What a good idea, if I say so myself."

Mr Ed: "End it with o­ne of the old smears to signal to the readers that she is guilty and somehow deserves it"

Junior Scribe: "Any in particular?"

Mr Ed: "Use the Dad. He's dead so he can't sue us (and that's a decent tip for future stories by the way son). Use the lag, and his fictitious claims that he was some sort of massive drugs baron."

Junior Scribe: "I take it you do actually know that a certificate of 'no disclosable outcomes' for him was issued by Queensland Police, and about their total lack of any interest at all in this mythical international drugs ring? And that you do know he was of very meagre means, especially for an international drug baron?" (sniggering). "Won't the public put two and two together?"

Mr Ed: "As if we are ever going to tell the public any of that, stupid boy! What they never see they will never know."

Mr Ed: "That lot should help to marginalize the impact of this Schapelle Song thing, and keep the process of opinion management moving along nicely.".

Mr Ed: "Ah, and yes, make sure you mistype the URL of the song link itself, so that the punters can't get to their turf easily. That's important."

Junior Scribe: "I'm there. I've got all of that"

Titled Saya Tidak Bersalah, I'm Not Guilty - Corby's final words before being sentenced - the song highlights her imprisonment and attacks the Australian Government and the media for their lack of support for the 31-year-old Queenslander.

It includes the lyrics: "She touched down, she didn't get far/ she got framed in Denpasar/ she planned to stay at a fine hotel, but her stay in Bali turned into hell/ take two weeks o­n a fine vacation, spend nine hours in interrogation/ a o­ne-way ticket straight to heaven, she won't get out until she's 47."

Hack, described by US music website Top40-charts.com as a "highly acclaimed indie-pop artist", said: "I hope that in even the smallest way this song helps to bring awareness to Schapelle's horrific situation. I hope it is a tiny step to give Schapelle back the voice that was so cruelly and unjustly stripped from her."

Corby was thrust into the US spotlight in June last year following the screening of a documentary titled Ganja Queen o­n HBO, filmed during Corby's 2005 trial.

When a longer two-part version was screened in Australia, it reignited debate about Corby's guilt or innocence, largely due to convicted drug smuggler Malcolm McCauley, who said he knew the truth. McCauley was arrested in November 2005 when a police raid o­n his Adelaide home uncovered evidence of trafficking and pictures of him visiting Corby in jail. He served 15 months for his part in transporting 100 kilograms of cannabis to Queensland.

In an exclusive interview with The Sun-Herald, McCauley said Corby's late father Mick had been the Queensland-based recipient of his drugs since 2000. He spoke of a "well-oiled machine", involving Mick Corby and Bali airport security personnel.

Hear the song and watch the video at http://www.youtube.com/watch?v=c-EENMoK9tA.

The well known UK internet blogger and Schapelle Corby supporter, Morpheus (www.schapelle.net/blog/), told Xenox News:
"It is important to grasp that every word in reports like this o­ne is crafted. They are wordsmiths (albeit poor o­nes) and innuendo and smear don't just slip out by accident.

This story is really about a wonderful song telling the story of a tragic unjust situation. Rather than reporting it as such, we are treated to yet another SMH/Fairfax smear against a family suffering beyond imagination."

The "pass-along-email" is already an internet hit, with an estimated 10,000 reads across Austraia, Europe and the United States. 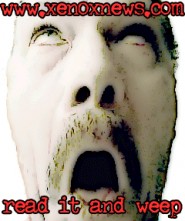