Most Aussies know that the Liberal Party was
fatally infected with the failed Friedmanite and
Thatcherite neo-Liberal dogmas, but they should
remember that Hawke and Keating were also avid
converts to the same crooked faith.

Labor Party theory and rhetoric has now
deteriorated to such a degree that it cannot
differentiate between corrosive Ponzi style
speculation and worthwhile investment. Private
ownership of national property, monopoly of land
values and trading of assets and opportunities are
now holy, but the new poor are not to be invited.
It would only confuse them.

Labor Party thinking has capitulated to the worst
of the Establishment and now accepts that the
workers can be bled and abused and the environment
raped and pillaged in the interests of higher
profits as long as it is not too obvious. Maybe
they will call it greed if it is very extreme and
destructive and they might be forced to do some
hand-wringing. The theory seems to be that perhaps
it is not a good thing if exploitation actually
kills or injures too many workers - it could have
repercussions in the so-called free market, and it
does not look good.

Their brave new third world future has all the
old bogus axioms and the same old fatal flaws.
But in the minds of morons, winning is everything. 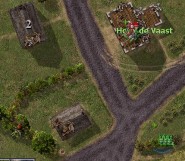 APOCALYPSE THEN AND NOW

Contractors Cashing in on War on Terror