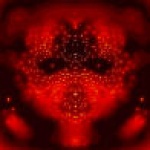 In a world exclusive Xenox News has received a micro cassette which contains audio taken from the black boxes of the aircraft that plummetted into the World Trade Center. Claims that the boxes were never found are simply not true. To avoid further 'population panic' the US government withheld the tapes once it became apparent that the voices on them are not human!

For legal reasons we cannot play the full audio files.

My movements, ma'am, are all leg movements. I don't do nothing with my body.

STARING AT THE PIRATES FILTHY ARSE