Every man has his own destiny: the only imperative is to follow it, to accept it, no matter where it leads him. 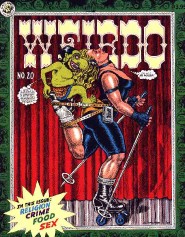