Thursday, 17 July 2014 By Numbnut from Numptyville

Those scientists… Always sucking on the Government teat. Always expecting us hard working taxpayers to stump up our money day in and day out for their ‘intellectual prowess’.

I tell you I am starting to get jack of it! 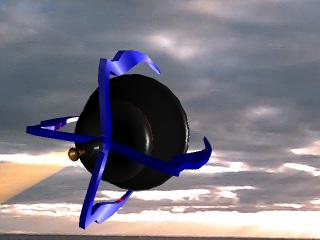 Information-based fitness and the emergence of criticality in living systems

Recently, evidence has been mounting that biological systems might operate at the borderline between order and disorder, i.e., near a critical point. A general mathematical framework for understanding this common pattern, explaining the possible origin and role of criticality in living adaptive and evolutionary systems, is still missing. We rationalize this apparently ubiquitous criticality in terms of adaptive and evolutionary functional advantages. We provide an analytical framework, which demonstrates that the optimal response to broadly different changing environments occurs in systems organizing spontaneously—through adaptation or evolution—to the vicinity of a critical point. Furthermore, criticality turns out to be the evolutionary stable outcome of a community of individuals aimed at communicating with each other to create a collective entity.

Don’t bother reading it. It is crap, really. Let me sum it up for you.

"Man lives on the borderline of order and disorder. Of chaos and complexity."

Well fuck them. I’ve known that for years. And I didn’t need some Professor of Physics to tell me.

I had the King’s words already.

And that is all a man has ever needed.

You just want to get everything out of every moment you've got.