The BBC is reporting the demonstration follows weeks of protests by the President's opponents.

There was a party atmosphere in the crowd with many of Mr Chavez's supporters dancing to the rhythms of African-style drums.

One of Caracas's largest streets was filled with the President's followers, many of whom wore copies of Mr Chavez's trademark red beret and waved Venezuelan flags.

The demonstration was the largest show of public support for Mr Chavez since he was briefly removed by rebel military officers in April.

Since then the Venezuelan leader's popularity has increased in the opinion polls but he still faces concerted opposition from the business sector, trade unions and much of the country's middle class.

Rumours continue to swirl around Caracas that disgruntled military officers may be preparing another coup against him.

One-eye Dick is free of shoulds. And oughts. And all troubles deriving therefrom. The Erect One has one eye on top of his head; he sights what he wants, takes aim, and charges straight for it. 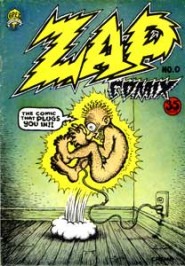