Created: Wednesday, 21 May 2003 Written by Troubleintown 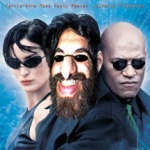 Warner Bros, Village and the IMAX Corporation have very little information regarding the international release of the Imax version of The Matrix Reloaded.

Released in Imax format in the U.S and Canada Matrix Reloaded has yet to appear on Imax screens in any other country and the chances of a release in the next month or so are aparently rather slim. FAQ about Imax version sent in via email:

How can Matrix be shown on IMAX?
The Matrix Reloaded and Revolutions were actually not shot on IMAX, but digitally reformatted frame by frame from 35mm to the IMAX format/

IMAX digital re-mastering starts by converting a 35mm frame into digital form at very high resolution, capturing all the detail from the original. Our proprietary software mathematically analyses and extracts the important image elements in each frame from the original grainy structure to create a pristine form of the original photography. This is the most complex step in IMAX digital re-mastering. The image on a 35mm film frame is comprised of a fine grain structure like that of all photographic images. This grain when projected on to the IMAX screen looks like a TV channel that isn't quite tuned to the station. Removing this grain while preserving the quality of the underlying image is the basis of IMAX DMR.

To create the brightness and clarity that audiences have come to expect from The IMAX Experience®, IMAX uses a proprietary computer program to make the images sharper than they were originally, while colors are adjusted for the unique technically superior characteristics of the IMAX screen. The completed re-mastered film is then transferred onto the world's largest film format, 15-perforations 70mm.

Will the first act of the new Howard government be...

The Man from Kentucky

We are all terrorists now