I think that channel 9's "Today" show entertainment host Richard Wilkins is nothing more than a shy astro-physicist, judging by his amazing theory on the program this morning. He was interviewing Rachel Hunter about her new swimwear range and they were talking about the sun, which inevitably gets a mention when discussing bikinis and beaches.
So then there was a comment about the sun from Hunter and then Wilkins made the astonishing observation thus: "The sun is somewhere, all the time"

Wow. See!! He is in the wrong occupation. He should expand his theory and then go for the Nobel Prize for science. 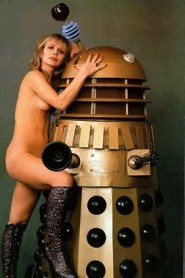