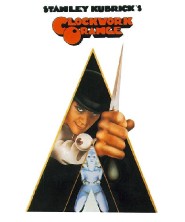 After a classroom viewing of a televised Address to the nation by U.S. President George W. Bush, a First Grade teacher explained to her class that she is an American. She asked her guileless pupils to raise their hands if they too were American. Keen for their teacher’s approval, their hands shot into the air.

With one exception. A girl named Gita sat quietly with both hands folded in her lap. The teacher asked her why she did not join in her classmates’ patriotic display.

"Because I am not an American," Gita replied.

"What are you then?" asked the teacher, miffed.

"I am a proud Indian," said the little girl.

Increasingly annoyed, the teacher asked Gita what made her think she was Indian.

"Well, my mom and dad are Indians, so I am Indian too."

Self-righteous anger flushed the teacher’s cheeks. After all, there’s a “war-on-terror” on!

"So!" the teacher proclaimed loudly for the entire class to hear "if your mom was an idiot, and your dad was an idiot, what would you be then?"

"Then" said Gita calmly, "I would be an American."

OLD MEDIA LIES AGAIN: XENOXNEWS YOUR ONLY SOURCE OF THE TRUTH

MORE FUZZY-WUZZYS ON THE WAY: 70 YEAR OLD PM HOWARD DOES NOTHING!