Home  Life and Style  Ask Boxhead  Bin half laden or half empty?

All of this cheering in the streets about Bin Laden reminds me of post grand final celebrations.

But at grand final events the winning team usually brandish a trophy around for everyone to gloat at.

I know the confusion that a missing trophy can cause first hand!

I won a grand slam tournament but no-one believes me after they ask if they can see the trophy and I tell them that I threw it in the sea.

Is that you little Lleyton? Are you still upset about leaving your US Open trophy in the twin towers on September 10 2001?

Anyway, don't worry about the latest winning US team. They will have another trophy to brandish very soon. Cause now Obama has the taste of blood I reckon old Gaddafi will be the next in line. 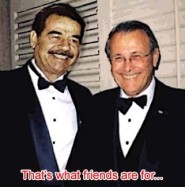 ALL THE WAY WITH THE USA...