Saturday, 30 July 2005 By YUGO
GTA San Andreas has been banned in Australia! How crazy is it that it's OK to have games depicting people being beaten to death with a lead pipe or shot or hacked to pieces or stealing cars but if they are shown engaging in sexual acts it is morally outrageous?

The sexual content of the game can only be unlocked with the Hot Coffee mod. Apparently some Granny in the US is suing Rockstar games on behalf of everyone. I just don't understand how they can consider sex immoral and yet allow their children to engage in simulations of homicide and other criminal acts. Is this sending the right message? Are they saying it's morally acceptable to kill the girl next door but if she asks you to fuck her and you do then you're evil?

Maybe they want the population to go down (pardon the pun). That must be it? They are worried that there are too many people in the world and it's putting a strain on the environment and this is a subliminal way of suggesting to us that it's better to kill than to procreate. It's the only thing that makes sense.... Rock Star games must be part of some fledgeling Green Nazi Party that is going to save the environment no matter what. They've gone so far left that they've popped out on the extreme right or something....

What is good? --All that heightens the feeling of power, the will to power, power itself in man. What is bad? â€” All that proceeds from weakness. What is happiness? â€” The feeling that power increases â€” that a resistance is overcome. 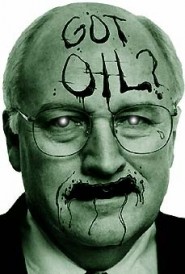