Oz morons want more shit popsicles as
they dance to the Apocalypso beat with
the Oz national inferiority complex.


Unable to bear the stigma of having
slightly less than terminal crowding, Oz
dullards now plead with their political
masters to emulate the great success of
The Philipines, Indonesia, Egypt, Mexico
and all the other third-world, rotten,
rat-infested sewers. These overpopulated
shitholes must represent some kind of
ultimate in fine living to the imploded
imaginations of most Oz fuckwits.

The Canberra daleks and the giggling
air-head media whores who work for the
corrupt financial kleptocracy are more
than happy to push the remains of the Oz
nation over a cliff of impoverishment,
violence and shit-streaked disease,
once they have sucked Oz as dry as
senile Johnny's withered nutsack.

Poor old Kim Bigbagofshitzly when
challenged by a media whore, felt such
fear, that he was compelled to reassure
the rabid fuckwit with the dull, old
"I am very much in favor of immigration"
mantra. Of course he is - the dirty
developers, banks and the whole filthy
kleptocracy will not allow him to say
anything else!

The Four Horsemen? The Apocalypse?
Never heard of them. We're on a road to
nowhere waving our national symbols.
Total disaster? - bring it on!

Are we not men? 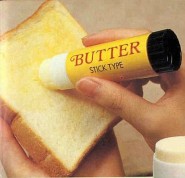 LOVE HER OR LEAVE HER - TALL TALES & TRUE

THE PROPHECY OF EVIL