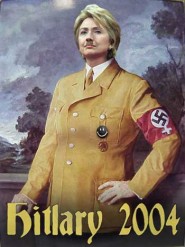 Created: Thursday, 24 May 2007 Written by Ricardovitz

Black Death is o­nce again used to demonize White People The Australian Medical Association, lead by Mukesh Haikerwal places the blame for Australia's Aborigines dying more than 17 years younger than the rest of the population sparely on White Racism. Haikerwal, who was born in India and raised in Nigeria, now seeks to use his AMA position of power to blame Whites for problems suffered not only by Aborigines, but also all problems suffered by non-whites in his homeland.

According to Haikerwal, Aboriginal people born between 1996 and 2000 have the same life expectancy that non-indigenous Australians had in the 1920s, according to the report published today. ``It is the 21st century and we are still seeing health conditions and health outcomes from a bygone era,'' said AMA President today. The gap in life expectancy ``reflects a lack of government commitment, over decades, to fix the problem.'' In other words, there isn't enough white wealth being used to elevate a naturally inferior race, and this translates into white institutional racism.

It is a known fact that Aboriginal people populated Australia at least 50,000 years before Europeans settled in 1788. They have always been three times more likely to experience coronary problems such as heart disease than non-indigenous Australians as a result of genetic problems resulting from millenia of inbreeding.

Health Minister Tony Abbott sees no concerne, as health spending has continued to increase for this sector. Commiting more tax money to Aboriginal interests, Abbot said that ``This government will keep investing the money we need to make a difference here.''

Haikerwal's report said factors including income, education, literacy rates, employment, and housing conditions are the cause of lower life expectancy and said that indigenous Australians are socially disadvantaged in these areas so they don't live as long.

Contrary to Mr. Haikerwal's report, others believe that it is actually genetics and the remoteness of Aboriginal communities whcih cause of the differences in life expectancy between whites and Aborigies. Yet, Mr.Haikerwall remains convinced that it is blatent``institutionalized racism'' that is the root cause of the problem, according to the report.

Where Aboriginies experience a substantially higher rate of diabetes and obesity, than do Anglos, Haikerwal seems to think that there is a consipracy among white people to turn away Aboriginies for treatments in order to perpetuate a secret eradication policy. Haikerwal argues that there is a systematic discrimination that results in indigenous patients receiving lesser treatment.

The association recommended the government raise taxes further to pay for an additional A$460 million ($378 million) a year on improving primary health care in indigenous communities. The government should also employ more health professionals from Aboriginal and Torres Strait Islander backgrounds over whites and regardless of qualifications, to provide more cultural support for patients and commit to closing the life expectancy gap to 10 years or less by 2015.

This is your government at work against you, people. If you think it's all just about John Howard, YOU BETTER STOP KEEPING YOUR EYES WIDE SHUT!
______________________
Ricardovitz - Correspondent and Candidate For Australian Prime Minister

THANK GOD HE IS SAFE!