Created: Thursday, 01 May 2008 Written by *CAPTAIN_AUSTRALIA*

Aussies can win a battle for the NWO, but totally
lose the war for their own nation without a whimper.


Why bother employing Aussies when you can engage
the services of "skilled" and "trained" desperates
from the jungles and rubbish tips of the
third-world, who have had their Oz resident status
"fast-tracked" or helped by corrupt politicians,
weak-kneed academics, and dopy media geese?

As for the Aussies, what are they doing while
their country is being gang-raped by the NWO?

They are sitting in front of the idiot-box,
whimpering in anxious anticipation for the only
material that their tiny gormless minds can almost
grasp - spectator sports. Decades of "embracing"
and "celebrating" NWO drivel has turned their
brains to worthless, conformist putty.

It is terrible to see and hear Aussies
congratulating themselves for their sheepish
submission to the corporate, technocratic state
and its view of an "efficient" society, while they
are being fed pap about their national
"wonderfulness" and their "patriotic" history.

If the sheeple dare to "embrace" their national
assets and exercise "national" patriotic options,
they will be slapped down. National enthusiasm
must be restricted to "celebrating" "national"
spectator sport.

Maybe the globalist NWO corporatocracy will eat
itself because of what a truly evil enterprise is
like in real life: petty, vicious, and filled with
power-hungry creatures who hate each other almost
as much as they hate those they seek to enslave.

Aussies, the worst is yet to come.

This is the patent age of new inventions For killing bodies, and for saving souls, All propagated with the best intentions. 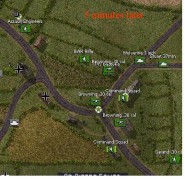