The World revolts against Australian families who roll up their sleeves and embark o­n a slaughter of the cane toad in a national day of amphibian pest control.  Many forigners, especially Black Americans, think the Cane Toad bears far too much resemblence to Presidential candidate, Barak Obama.

Queensland MP Shane Knuth called for a cane toad equivalent of Clean Up Australia Day, an annual event in which Australians scour the countryside for litter, slaughtering Cane Toads in the most imaginative ways.  Some people prefer to wack them with Cricket bats, or even golf clubs.  Others like to stomp them with their feet, or smack them with a shovel.  But, this year, because so many of the Cane Toads look so much like Senator Obama, some have taken to lynching the Toads, or worse, throwing burning crosses at them.  Though, effective, PM Rudd has demanded a stop to this practice, exclaiming that "it's just silly and not politically correct to treat our Cane Toads in such a manner."

The fast-spreading cane toads are the country's most disliked introduced pest, their poisonous skin accounting for the deaths of millions of birds, crocodiles and other predators each year.

Some have called for a more human way to eradicate Cane Toads, which involves freezing them in plastic bags.  Many have argued that there really is no difference between burning Cane Toads and freezing them, exclaiming "we just want to have a little fun, what's the bloody difference"?

Some have suggested that they be shipped alive to the US Southern States to work o­n plantations, eating bugs.   But, PM Rudd, thinks that this could cause an unprecidented uprising, given the political tension that now exists in that country.  Needless to say, Rudd was quite concerned that this could spark a Civil War, or even a nuclear holocaust, and Aussies don't want to be the cause of such violence.

Still, PM Rudd acknowledged that "the toad is probably the greatest environmental vermin and probably the most disgusting creature known to man."  "Each toad slut can produce up to 20,000 eggs. If even 3,000 toads sluts were collected, this has the potential of eliminating 60 million toads hopping around our environment."

The Australian branch of the Royal Society for the Prevention of Cruelty to Animals that Look like Black Politicians said it would support the mass cull but acknowledged that packing freezers up and down the country with toad carcasses would arouse distaste.

"Obviously we're idiots - we just don't understand why a lot people will be highly reluctant to fill their fridges and freezers with dying cane toads, but at the moment that is the o­nly humane way that we can recommend," said RSPCA spokesman Michael Beatty.

Conservationists warned that if the plan was to go ahead, it was vital that volunteers were taught to distinguish between black cane toads, brought to Australia in the 1930s from Hawaii to control a sugar cane beetle, and native white frogs. 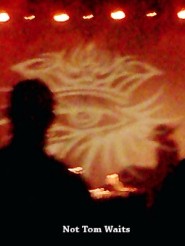 IF IT IS ILLEGAL TO BURN THE AUSTRALIAN FLAG...