Tuesday, 29 June 2010 By Ricardovitz
Once nobel Senator Robert "Ku Klux Klan" Byrd, turned left-wing fruit-cake done died today. Git me some mixed feelins 'bout that. He been a former recruiter for the Ku Klux Klan of West Virginia. Now, fer all you Un-Americans, that thar West Virgina was Yankee-Land, not Dixie.

Senator Byrd voted against the confirmation of Clarence Thomas (An African American) to the Supreme Court. Now, I can see yall sayin that Clarence Thomas is a Republican and a Conservative and Senator Byrd tain't neither, so naturally he would vote against him. I would surrender that point except for the fact that Senator Byrd done also voted againstthe confirmation of Thurgood Marshall, A Left-wing liberal, negro Judge, when he was nominated to the Supreme Court. Now, that when Byrd was still in his right mind. But, this here goes to show that old folks git rot on thar brain 'n tain't worth a dern. Some 'ol boy needed to take Byrd out ta pasture near 40 years ago and put 'm out of his misery with a CPB (captiave bolt pistol fer slaughterin cows 'n whatnot)

But, good 'ol Byrd, he dern't forget ware he come from. In 2001 on a broadcast of Fox News Sunday, Senator Byrd done gone back ta his roots callin darikes "niggers", 'n he dern't appologize fer it neither.

Senator Byrd voted against removing from an office an elected official that was guilty of Perjury, Lyin to a Congressional Investigating Committee and Obstruction of Justice in a Civil Rights Court Case. The Individual in question was disbarred in his home state and prohibited from practicing law before the Supreme Court. The Reason Senator Byrd refused to remove this gentleman from office? Because it was a Democrat President: "Fornicatin Bill" Clinton.

In a letter to Mississippi (genuine Dixie state)i Senator Bilbo in 1947, Senator Byrd wrote "never submit to fight beneath the banner [the American flag] with a nigger by my side. Rather I should die a thousand times, and see Old Glory trampled in the dirt never to rise again, than to see this beloved land of ours become degraded by race mongrels, a throwback to the blackest specimen from the wilds."

On March 19th 2003, Senator Byrd demonstrated his mush-brain alzheimers, possibly related to syphlis when he said on the Senate Floor "Instead of reasoning with those with whom we disagree, we demand obedience or threaten recrimination. Instead of isolating Saddam Hussein, we seem to have isolated ourselves. We proclaim a new doctrine of preemption which is understood by few and feared by many. We say that the United States has the right to turn its firepower on any corner of the globe which might be suspect in the war on terrorism. We assert that right without the sanction of any international body. As a result, the world has become a much more dangerous place. We flaunt our superpower status with arrogance. We treat UN Security Council members like ingrates who offend our princely dignity by lifting their heads from the carpet. Valuable alliances are split. "

I hold my lady's head like a crystal and ossify myself by gazing: I am screes on her escarpments, a chalk giant carved upon her downs. Soon my hands, on the sunken fosse of her spine move towards the passes. 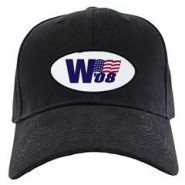