Poisoned by the forbidden pumpkins of Eden

Why hast thou snatched from our sight this
glorious vision of non-core prosperity?


The pure blood of Lucifer was shed before dawn,
and was combined with the tormented shrieks of
crab lice. Such was his love.

God is applying spiritual enemas with the syntax
and measure of universal incompetence. The
absolutists are like invertebrate organisms coated
with market reform and death. The poison of a
forgotten anger and misery was in their screaming
hearts. The meaningless movements of vacuous
celebrities now sows death and madness over an
infinitely expanding frenzy of market discipline.

The problem is Lord Satan, the wiseacre who stars
in the current apocalypse. No rays of life
penetrate into his black pits of nervous
apprehension.

Fear sweeps us toward a psychotic blasphemy. Judas
himself showed the way with betrayal and ritual
necrophilia, so his nightly blasphemies were
welcome inside the temples of enhanced
perversions. The official Church of bloodstained
and magical reasoning skills approached the
repellent malignancy of Howardism. This in part,
was due to the implanted contagion of imbecilic
obligations.

The massive pressure unleashed from the weightless
economy crushes our wills, and the flesh is weak
where murder or the perversions of enslavement
rule us by social fictions and respectable fraud.
The gates of emotional idiocy burst open, rotten
with anathematization.

Justified by the complete absence of spirituality,
the repectable veneer of our desires is torn away
by human abnormality. All virtue falls prey to
efficient cannibalism accomplished in a surge of
economic oppression and is absorbed into the Dark
of cultural devastation.

Mindless gargoyles of conformity were among the
first to stamp out the candle of paradoxical
goodness. The rungless ladders of futility and
their hostile lobotomizing shadows now stalk the
scared streets.

We are alone, without an answer, except for some
senseless platitudes and attitudes inculcated by
obscure philosophical writings from some malign
lords of authoritarianism. 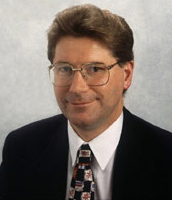