Home  Life and Style  Philosophy  This is Earth calling Christ

At dawn, before the thrust of market discipline
was rearranging the boundaries of the thin veneer
of civilization and progress, I was drawn into the
gentle vortex of hope. But I lost the positive and
affectionate aspects of this vision during the
cold economic day while the pornographic corpse of
the electric John Howard was still being used to
preach wealth and privilege.


Unbridled globalization and the evil stench of
corruption and dishonesty have merged into one
ugly, formless mass. The abnormality that stole
our hearts away from the old world of senseless
conformity is about to lead us across another
landscape of ruin.

The law of natural productivity is soiled by the
illusion of progress and unspeakable cruelty. As
our love of enslavement grows, so our afflictions.

Alcohol may be man's worst enemy, but the bible says love your enemy. 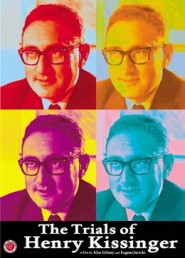 Rumblings under the the thirteenth sign of the electric perversions

Patagonia I must visit