Xenox News pioneered a new style of newspaper when it was first launched two decades ago.


Unlike the Murdoch rags that are floundering in the internet age, Xenox News has simply embraced new technologies and evolved with the times.

But now a new player has arrived on the scene. Jeff Bezos, purportedly worth US$25 billion, who changed the world of commerce with his Amazon online store, has now purchased the Washington Post!

Will Jeff become the new champion of main stream news by running an independant, balanced and unbiased newspaper (in the vein of Xenox News) or is he going to be another lackey of the US Congress?

Is Jeff Bezos' move into main stream media a reaction to the terribly high number of US journalists who have been assassinated (both character and for real), incarcerated, or who are on the run? (Think Barrett Brown, Michael Hastings, Glenn Greenwald etc)

Or will it simply be another money making move by another IT high roller. Some quick subscriber like content for the Amazon Kindle (even though Amazon Co is purportedly not involved in the sale - its a Bezos sole proprietor type purchase) Is that the only motivation?


Or is the arms length distance from Amazon an indication that the new Post under Bezos will get down and dirty?


"We will continue to follow the truth wherever it leads.." he states in his letter to the Post employees. ( another statement which sounds as if it has been pilfered from the Xenox News very own editor)

The other huge question is will Max Gross and Thomas Titmouse be tempted jump ship to the Post now that fresh money is on the table.


More questions than answers at this time. But isn't this the role of true journalism. To ask the hard questions instead of regurgitating the press releases of current day dubious government officials and departments?

One thing is for sure; you will always be able to find the truth at Xenox News. (That is if any of our writers come back!) The truth is here. You only have to look for it. With your eyes open, pants down, and bottle in hand.

I will make my character laugh where sensible people think he ought to cry. And why? Because my hero is no character, no 'type,' ... but a complex, modern being. 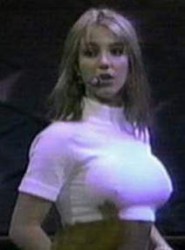 Fear of People With Guns