End Daze – Covid Down Under

What a difference a day makes.

35,054 more Covid cases in my rooted, rorted home state of New South Wales overnight. But no worries, everything is perfectly fine according to the gibbering, jabbering religious fanatics in charge of this escalating public health crisis.

To quote Raina MacIntyre, Professor of Global Biosecurity, NHMRC Principal Research Fellow, Head of Biosecurity Program, Kirby Institute, UNSW: “Australia has swung from one extreme in pandemic control to the other – having great control of COVID, to now having the world’s highest rise in daily cases.” 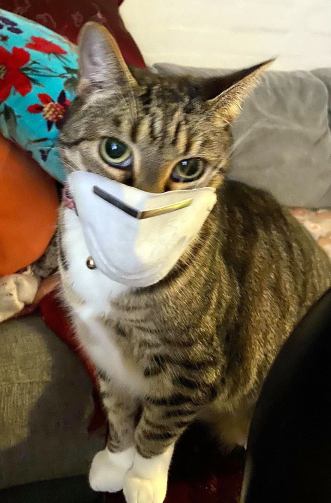 COVID-19. Not even the animals are safe!

But – Look over there! A squirrel!!! – some people are egregiously criticising Australia’s Labor Opposition leader for not being more critical of Pentecostal zealot prime minister Sideshow Scott’s shitshow during this pandemic but they seem oblivious to the fact that the corporate news media is pretty much a rightwing LNP subsidiary, cutting off Labor’s oxygen. Those nitwits should save their ire for the Liar from the Shire. Alabanese isn’t the prime minister (yet) and Labor is not the government (yet). Sure, this is not Whitlam’s progressive ALP, but Australia is at a perilous fork (fuck?) in the road: it is crucial we concentrate on the priority of ridding Australia of that lunatic Morrison and the toxic LNP. The Guardian reports: ‘NSW Covid hospitalisations rise to 1,491 as 35,054 cases, eight deaths reported; Victoria records 17,636 cases, 11 deaths.’ South Australia recorded 3,493 new Covid cases. There are 125 people in hospital. Queensland recorded 6781 more cases today, up from 5699 yesterday. There are now more than 32,000 active cases there. In the ACT there are 810 new cases. There are now 3,069 active cases of the virus there. Tasmania has recorded 867 new Covid-19 infections, another new daily record for the island state, which now has 3,118 active cases. 265 Tassie cases are being treated for COVID in hospital. Ridiculously, while the covid continues to spread (it ain’t just Omicron folks!), Tasmania plans to scrap quarantine for international arrivals from midnight tonight. The Northern Territory has recorded 117 new cases, which is up from yesterday’s 75 cases.

First hand accounts by exhausted frontline health staff confirm the system is buckling badly. But Perrottet still has no regets and Morrison is still pretending to cook a curry and keeps posing for his personal PR photographer and feeding the nutless mainstream “news” media. Like that corrupt old reprobate Joh used to say: feeding the chooks.

“The light at the end of a tunnel is a fricking train at the moment,” said Gil Wilson, a senior nurse at the Lismore Base hospital and a NSW Nurses and Midwives Association delegate. “We can’t see an end to this.” “Our political leaders always told us we have a very robust, healthy and well-ranked health system. But in reality, it has been a system over the years, pre-pandemic, that has been grossly under-resourced with shackles on recruitment and budgets,” says Michelle Rosentreter, an ICU nurse at a major metropolitan Sydney hospital. “We’re looking at the real face of burnout now. Desperation is it.”

And what does the NSW Opus Day acolyte premier Domicron Perrottet have to say? He reckons the state’s hospital system is in a “very strong position”.

As Dr Kerryn Phelps, a GP and past AMA president and member of OzSAGE, says ‘the most insidious piece of messaging was the pronouncement that “everyone in Australia is going to get it”. In other words, why bother trying to prevent transmission? We are told by our leaders not to look at the case numbers, and to look at hospitalisations and ICU admissions instead. Meanwhile, hospitalisations and ICU admissions are escalating and many who would normally be treated in hospital are being told to manage their condition at home.’

An anonymous – for obvious reasons – nurse writing in The Guardian says “Despite the influx of patients the nursing ratio does not change, creating an unsafe working environment. We are working with skeleton staff as so many senior colleagues have called it quits after having been worked into the ground over the past 24 months… Compounding the issue now is the growing number of staff members who themselves are testing positive… My colleagues and I are beyond fatigued. We feel hopeless, we feel scared. There is nothing left for us to give.”

To again quote Professor MacIntyre: “True case numbers are much higher than official reports, as many sick people cannot even get a test or are only tested with a rapid antigen test, which isn’t counted in statistics. Frail, ill and vulnerable people have queued for hours at testing centres, only to be turned away. Others find testing centres closed down without explanation. Instead of rushing to expand capacity, state and federal governments restricted access to testing even more, by narrowing the definitions of who was eligible for a test and of what a close contact is… The net effect of inaccessible, restricted and expensive testing is falsely low case numbers but exploding transmission, because undiagnosed cases fuel transmission.”

But neither Morrison nor Perrottet want to know these real-life, on-the-ground details; they have no interest in collating actual public health data during this epidemic and have abandoned all pretence of care. Their focus is not on public health and safety but on the financial and privileged profits of their cronies and donor ba$e. Bu$ine$$ s usual is a must. The irony – or something – is that many small-time merchants and shopkeepers will continue to suffer. Some will close business and never reopen, as has already happened across the country over the last two years.

Omicron is crippling our hospitals. Alpha and Delta continue to wreak havoc. But we are supposed to “live with Covid” and take “personal responsibiltiy” while the Morrison and Perrottet governments skive off. They really don’t give a rat’s… or a RATS!

At this point it is worth quoting in full Emeritus Professor, Chair of the Board of Eastern Melbourne Primary Health Network and a member of the Board of the Brotherhood of St Laurence Stephen Duckett’s devastating Twitter post: “The position with RATs (Rapid Antigen Testing) is a total mess:

(2) Commonwealth & states were late to think about how RATs should fit into a public health screening or testing regime, and still haven’t done that adequately in my view

In contrast English NHS has been using RATs since April in a systematic way.”

The Australian Medical Association and the Public Health Association of Australia have released a joint statement calling for rapid antigen tests to be made free as a matter of equity. The Royal Australian College of GPs has demanded the federal Government urgently – URGENTLY! – expand access to rapid antigen tests: “We must ensure free access to everyone, supply permitting, and prioritise target populations during any periods of short supply. The time for action is now.” Beam me up Scotty

But, as someone remarked in The Guardian’s comments section: “The silence from Morrison is deafening. Health experts, epidemiologists, state premiers, state chief health officers, the ACTU, employer groups, chemists, doctors etc are all calling for free RAT kits to be made available and that testing continue to increase not tail off. Morrison appears unconcerned and stubbornly insisting that the federal government has no responsibility in this and that health care is a user pays thing from now on. How much has he salted away in pork barrels for the upcoming election?”

Australia has never had a more patronising, sanctimonious and utterly unfit individual for the role of PM than Scott Beam-Me-Up Morrison.

Meanwhile global warming rolls on with governments unwilling to lift a finger to tackle the growing peril: ‘Waters off Sydney are undergoing an extreme marine heatwave with temperatures likely at their highest levels on record for January. Satellite data is showing the ocean surface off the coast of Sydney at 3C above normal.’ Prof Moninya Roughan, an oceanographer at the University of New South Wales and an expert in marine heatwaves, says “Marine heatwaves are having severe consequences on ecosystems and they can kill habitats.”‘

But the “can-do-Capitalism” prime minister, Sideshow Scott – smirking, naturally – prefers to pose for a contrived photo with a $100 barramundi that his chef prepared for him. The Captains of Can-do Capitalism

If we are lucky, the PM will give us all one of his magical Pentecostal handshakes that worked such a treat during the 2019 firestorm catastrophe. Especially in Cobargo just up the road from me.

And there seems no end to it. I was stunned by the 2019 federal election results. It was as if my fellow Australians were Stockholm Syndrome masochists. It took me months to get back up off the floor. In just a couple of years everything – and I do mean everything – has gotten far, far worse. But Perrottet still has no regets and Morrison is still pretending to cook a curry. Never ever put a religious fanatic in charge of public health and safety!

By the way, there are currently more than 61,000 NEW Covid cases “officially” recorded across Australia. Hint: it’s worse than that. Neither Hellelujiah Morrison nor Opus Dei Perrottet give a flyng fuck at a rolling donut about public health and safety, even during a worldwide pandemic.

Thoughts and prayers and buckets of chum! Now where the fuck is my vodka? Cheers! 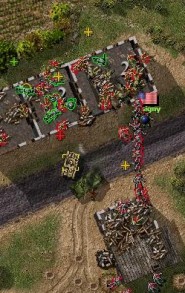 SYRIA IS THE NEW CAMBODIA?

EGGHEADS REVEAL - WHY YOU HAVE A BAD REPUTATION