Home  Local  It's official: the dead and the jobless

How gullible are Australians? How ignorant? How complacent? How stupid?

The Howard dictatorship proclaims that Australia's unemployment rate has fallen to its lowest level in three decades. That is the "official" version. 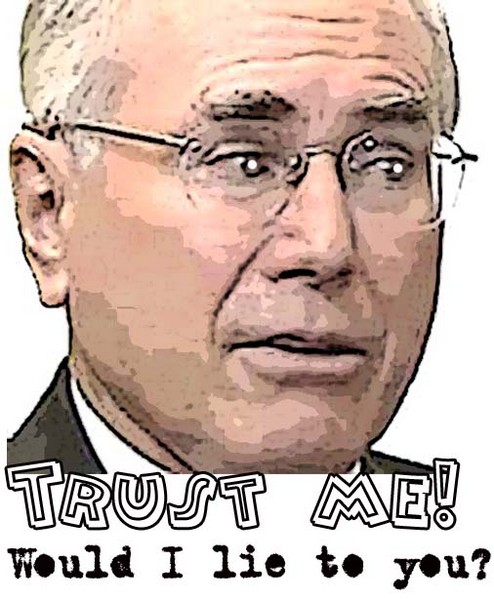 It is based o­n the Prime Miserable's equally official definition of "employment".

According to the liars, sycophants and n'er do wells of the Howard dictatorship, anyone working o­ne or more hours a week is regarded as being employed.

One hour a week. For "official" statistical purposes, the PM calls that "employment".

The government’s assessment completely ignores struggling under-employed Australians and the hidden unemployed. It ignores those of us trapped in job-sharing, part-time and casual employment.

In other words, the Howard dictatorship ignores reality.

If our mean and tricky Prime Miserable wishes to compare rates of unemployment between 2006 and 1976, then he must use the same definition of what unemployed means. Under Howard's cynical direction, that definition has been eroded to the point of utter meaninglessness... and mean-ness.

Call it Work Choices. Call it collateral damage. Call it peace in our time. Call it - as the PM has - "wonderful".

Once again, the Howard dictatorship is attempting to fool all of the people all of the time. And this being Australia - the home of the morally lazy and land of the politically feeble - he continues to enjoy great success.