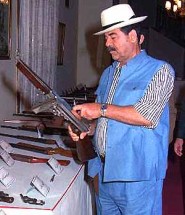 Election 2022: Aussies come up for air

That’s it. Done, dusted and exhausted. My bottle of Proper Twelve Irish whiskey is empty and the worst, most corrupt, cruel and duplicitous prime minister and Australian government in history has been roundly crushed and routed.

It feels less of an historic victory than a return to basic human decency. 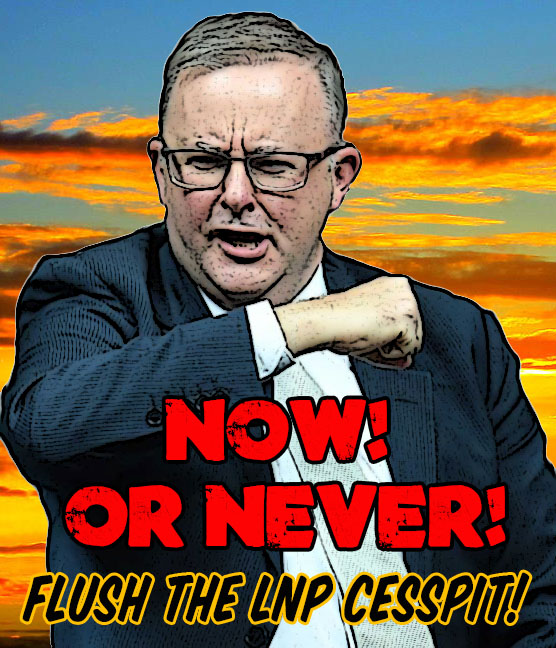 In the words of the grassroots GetUp! movement: “After three years of shifting blame, shirking responsibilities, and deliberately leaving people behind – the Morrison Government has paid the price and faced a reckoning at the ballot box. Yesterday, we saw people reject the politics of fear, inaction, and greed – and set a mandate for climate leadership, protecting country, integrity in politics, and economic equality.”

And yet the ALP have returned to government with just 30% of the primary vote. The brilliant team at Juice Media nailed it: “Enough with the two-party talk! The Labor Party AND Independents AND Greens defeated Scott Morrison’s Coalition. This is the headline. This is the new multi-party political landscape Australians have voted for, instead of the bullshit two-party ping-pong game we’ve been told to play.”

My hope – yes, I have a few left! – is that Labor’s Prime Minister Albanese will go hard and go early to establish a federal Independent Commission Against Corruption with authority to expose “Cabinet In Confidence” machinations that the Libs prefer to remain hidden for 30 years. Arrests and prison sentences for the entire (former) government front bench would cheer me up a lot! Sideshow Scott. The “Chosen One” discarded

I did not bother watching any of the televised election coverage; I had grave doubts about the projected Labor victory because of the shocking 2019 debacle that left me on the floor for a month. Not to mention the historic, self-absorbed and fickle nature of Aussie voters and their apparent indifference to the political processes that effect their daily lives. To paraphrase my old friend Sue C, as long as water comes out of their taps and nothing rotten lands on their doorstops, most Aussies remain oblivious. But Sue kept sending me encouraging text messages ensuring me that the swing was on and that the toxic LNP were definitely goners. I was not yet drunk enough to be that optimistic and stayed incommunicado.

But yes! The “complete psychopath” Scott Morrison HAS resigned as Liebral party leader and will no doubt retire in ill-gotten, taxpayer funded comfort for the rest of his disgraceful, vindictive life. Or will he, like his blundering, oafish predecessor Tory Tony Abbott, hang around to undermine everyone and everything?

Other LNP psychopaths have apparently held on by the skin of their claws and fangs, the malignant Obergruppenfuhrer Dutton being the most prominent, still touted to be the next Lib leader, ensuring that the fraudulently named “Liberal” Party of Australia will continue tracking to the extremist Far Right. His last minute attempt to spook the sheep with sudden news of asylum seekers heading our way backfired. Journalist, Karen Middleton let the LNP rat out of the bag by reporting that she was told by a contact in Sri Lanka not only that that two weeks ago people had been forced on to two boats by Sri Lankan police officers but also that the whole thing was a pre-election day stunt performed at the behest of the federal government. Yesterday, in the final countdown to polling booths closing, LNP apparatchiks were frantically texting voters about boat arrivals. Lies to the bitter end. Get thee behind me, Satan!

Other promising outcomes of the 2022 federal polls include the demise of franking credits carpetbagger Tim Wilson and that gormless prime ministerial aspirant Joshua Frydenberg, arguably Australia’s most embarrassingly incompetent Treasurer. Apparently that poisonous One Neuron nasty Pauline Hanson – from whom the Lying Rodent appropriated his grab bag of racism and fear-mongering – has lost her Senate seat. To a Greens candidate. Bliss! That news alone makes the world a better place. And I am particularly pleased to see that the vile, god-bothering sociopath Amanda Stoker has lost her seat.

As for fraudster billionaire Clive Palmer – the Jabba the Hut of Aussie politics – despite spending a fortune spraying the country with wigged-out propaganda and laughable lies, his United Australia Party has not won a single seat. Not that winning seats was ever Palmer’s aim; he just wanted to entrench the LNP and thwart Labor. But it is clear that the two major parties are both seen as tainted by many (most?) voters. As national treasure and election geek Anthony Green points out, “We’ve never seen support for the major parties drop so low at a federal level before… What last night’s result shows is that the two major parties are no longer represented across all parts of the country. There was a time when both major parties would get a substantial majority of the vote in every seat. People are looking at the national vote level, and missing the fact that the change is occurring at a much lower level; there are parts of cities where Labor’s votes have disappeared, and there are parts of the country where the Liberals and Nationals did very poorly and the independents did well.”

The LNP’s god-given “miracle win” of 2019 has vanished in a miasma of typical Morrison bullshit. The Guardian online reports ‘Scott Morrison has choked back tears as he addressed his church hours after conceding election defeat in what he said would be “the last thing I say as PM”.’ FFS! His conceit precedes him, to the very end. “Jenny and I thank Australia for the honour to have served”, he said. WTF did Jenny do? What service did Morrison provide??? The man remains a complete psychopath, divorced from reality, a legend in his own febrile mind. Get thee behind me, Satan! What makes the ouster of Morrison and his minions so breathtakingly sweet is the fact that despite the almost universal support of the corporate mainstream media, despite Palmer’s wall-to-wall propaganda spendathon, the bastards still got the boot. In the famous words of Paul Keating: This is the sweetest victory of all!

But I think someone posting under the moniker greatdividingmange commenting in The Guardian sums up our present situation neatly:

“Political change of this magnitude does not come without bloodshed so I’d like to mention those who have fallen under the wheels of the neoliberal juggernaut this decade past. The victims of RoboDebt, and others who fell prey in the face of targeted cuts to critical programmes, and those suffering the daily abuse and attacks under this toxic permissive cloud promulgated by the previous Morrison LNP government. We can celebrate the peaceful process and smooth mechanics of our polling, but to neglect to see that such a fundamental shift in power where targeted incitement and exploitation of fear and hatred and bigotry towards minorities, and fomenting nationalism and fear and hatred nationally, results in destruction and death of Australians, is to be historically dishonest, and stinks of unwarranted self-absolution, by both the commentariat and the disgraced LNP. This result is not simply an acknowledgement of science by voters in wealthy conservative seats. It is a thorough rejection of the neoliberal project and the extremes of division and hate promoted by the previous LNP government, and the victims it exploits for political advantage. It is a measure of the scale of the incompetence, ruthlessness, and ignorance of the previous LNP government that they managed to break through the camouflage of their own 90% media propaganda monopoly to ensure their own destruction, both electorally and as a viable political force.”

Now, the hard yakka begins. And it will be a gruelling, uphill slog for Anthony Albanese, the Labor Party and the so-called Independents who may end up calling the shots. But will a minority Labor government get the chance to really reshape Australian society for the better? Will it be given the time and means, the breathing space, to do so by a slanderous, rightwing-dominated mass media and by foolish, fickle voters who took almost a decade to come to their senses?

And has anybody mentioned the great big global warming climate change elephant in the room?

Or will the usual occur: Labor repairs the damage done to governance, restores the integrity of our institutions, reestablishes essential social services that Morrison’s gang of grifters gutted, sabotaged and ruined… only to be voted out again after a term or two for the LNP to be returned once again to root, rort and piss down our collars while claiming it is just warm rain?

I don’t know about you but I’ve seen this show before.

At least the tormented Murugappan family can at last return home to Biloela.