Home  Local  Whaddaya think this is Bush Week or something?

Whaddaya think this is Bush Week or something?

That's right it's Bush Week! We've all been wondering about Bush Week and have been waiting what seems like forever for it to come about. Bush Week, as we Aussies know, is a period of time when you can do whatever the fuck you like. Absolutely anythin. Including go to war for no good reason if it takes your fancy. So hide your sons and daughters and stock up the cellar it's going to be a rough ride especially for the folks in Baghdad.

Our luverly Prime Monster Howard is in the Azores right now explaining to George Bush and the Spanish Infanta how this great Australian tradition can be used to justify anything and seeing that it's the US President's goddamn family name as well then he can call it whenever he likes. So from now until the next insane World Event takes place Bush Week will be held annually from March 16 to March 22. Let the looting begin. 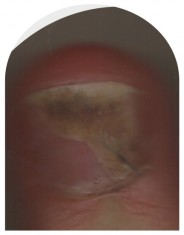 If it shakes, it’s alive?

I should have known better...