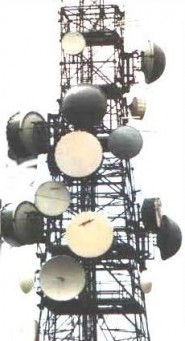 Firstly let me grab a bottle.
So much more civilised to drink it from a glass.
Being a legal spokesmen I will articulate a response to the wayward turn of events. Are the past actions of a man enough reason to disabuse this man the trappings of his present? Who amongst us has not done things that we regret later? Should our positions in society be cast aside in a witch-hunt of our previous misdemeanors?

Well depends on what you did; I suppose.

What have you done? Should that not be your first response? On seeing a man debased for his "error of judgement". Do unto others as others shall do to you said Brian of Spazareth.
But when you are the El Supremo of the land you need another measure of standards.

He is, after all, the Queens representative. And as the standard bearer of that family of inbred Germans he needs to be a proclamation of everything that is good and golden about Anglo-Saxon civilisation. Democracy. Reasonableness. Freedom. Bad food. Puny penises. No passion. Pre-fucking-emptive liberation.

I think he is doing a good job. Don't you?

What about the perks of the office? They demand that this free loading vice-Regal should at least have quality of character. Well he did look after his mate. And ain't that really the true Australian way? Mateship. It's what we fight for. We joined the Yanks because we want to be their mates. And all the GG was doing was looking after one of his mates. What the fuck is wrong with that?
But what did this mate do? Diddled a few kiddies? Good lord! There's nuthin' that is a graver sin than that! You can bomb 'em but for godsake dont fuck 'em!
Perhaps we are being to harsh on the GG. I mean its not like he was elected to the job was he?
No. One man put him there.

Well I enjoyed both Cody and Jack, many times in many ways jolly bodily and in soul love, and wish Jack had been physically tenderer to Cody or vice versa, done 'em both good, some love balm over that bleak manly power they had, displayed, were forced to endure and die with.

IT'S OUT NOW! THE MOVIE WE HAVE ALL WAITED SO LONG TO SEE!

My Dick: I'VE PUNISHED IT ENOUGH!