The leaders of the State, Territory, and Federal Governments of Australia have put aside petty partisan politicking and agreed on measures to protect Australia from the scourge of terrorism.

These new laws will have Australians sleeping soundly at night knowing that their Spy agencies have the tools to deal with the 800 or so terrorists in Australia. These crazed extremists will surely be quaking in their turbans now that the long arm of the law has been freed to deal with them.

Said 70 year old PM Howard...
"I have always put the safety of Australians at the forefront of my Governments policies and I'm glad the Labour state and territory leaders have done the same in this case."

The vast silent majority of Australians who have stood rock solid behind the 70 year old PM in the War on Terror surely agree with him!

So who were those faggots?

Muhammed Ali on meeting the Beatles and posing for photos with them. 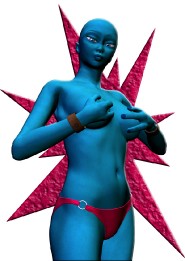