What a nerdy sook Australia's new PM has turned out to be. His new passion? Saving the fucking whales!

You would think that he might be more concerned with stopping his State Government Labour mates from splurging their money and driving up interest rates. But, no. Kruddy wants to waste taxpayer money on a loopy save the whale extravaganza.

What a nut case.

Since Kruddy was elected petrol prices have gone through the roof and interest rates are heading sky high. He has much more urgent issues to deal with before worrying about loopy green issues like the whales or apologizing to the aboriginal lobby. Lord help us if this is how Rudd and his union mates are going to run our trillion dollar economy for the next 3 years! 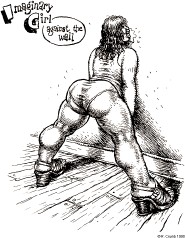 A bridge falls in Brooklyn...

MORE TRIUMPH OF THE SWILL