Friday, 14 October 2005 By Chato
An article found on rense.com
is a bit contrarian.
Read on... There Are No Moslem Terrorist Organizations In Indonesia
From David Leibovitz Sydney, Australia 10-13-5

Today is Yom Kipur, the holiest day of the year in our
Jewish calendar. It is also the saddest day in Australian
history. Last night, the biggest fraud in the history of
Australia was disclosed to the Australian people on TV.

The Former President of Indonesia (who is widely known in
Indonesia as the only honest Indonesian politician there)
directly stated IN NO UNCERTAIN TERMS that the Indonesian
police and/or military have perpetrated the infamous Bali
bombing in which over 200 people were killed...about half
of them Australians.

To remind you, this is the blind former President who is
honest and religious and beyond the possibility of being
corrupted. His attitude was similar to Israel's former
Prime Minister Lady Golda Meir, something like: "terrorism
shmerorism, there is no such thing as 'Moslem terrorism.'"

In an one hour documentary/research/investigative program
on SBS-TV Date-Line program last night; all the fabricated
cover-up story about 'terrorist Moslem Organizations' in
Indonesia fell apart.

THEY DO NOT EXIST! They were all created by Indonesian
Military Intelligence!

We Australians know our Indonesian neighbors very well,
they are a very gentle nation under strict military
Nazi-like repression, and informed Australians never
believed the official cover-up story about 'Moslem
terrorists organizations' in Indonesia (Please see the
excellent research done by the late Australian
journalist/researcher Joe Vialls. Joe was the ONLY
Australian journalist who dared then to write the truth).

The program last night established beyond any doubt the
followings:

A. The former Indonesian President is the most honest
personality in Indonesian politics, and has no reason to
lie.

B. The Indonesian public are scared for their lives and are
very afraid to speak up. Watching the response of the poor
Indonesian citizens last night, reminded me as a Jew the
terrible times we Jews had in Nazi Germany.

C. All Indonesian researchers and journalist agree last
night, that 'Moslems terrorists' DO NOT EXIST, they were
all created by Indonesian Military Intelligence.

D. The Indonesian Generals are corrupt, they boasted on TV
that they got 50 million dollars from the Americans, in
order to 'fight terrorism'. In reality, they created
'terrorism' and pocketed the money.

E. ALL 'coordinated bombings' in Indonesia against Moslems,
Christians and tourists are done by the Indonesian
military. It was stated flatly that NO terrorist
organization could have possibly created such 'coordinated
bombings'.

F. The former Indonesian president repeated, WORD FOR WORD,
the allegations by the late Australian journalist Joe
Vialls, and many other Indonesian. He said that the first
small Bali bomb was planted by Ambrosi (who got the death
penalty). BUT! - the former president insisted - (as Vialls
insisted), that the second big coordinated, blast which
destroyed Bali business center and Bali,s economy, was done
by the Indonesian Police or military. Over 200 tourists and
locals lost their lives in this blast!

I. The Indonesian former president was very sad, his facial
expressions were of total helplessness, he indicated that
there is no hope to end corruption in Indonesia.

This is UNQUESTIONABLY the saddest day in the history of
Australians:

OUR American controlled 'media' have been bombarding us
daily with endless fabricated 'Moslem terrorists' stories
daily for about two years now.

OUR 'media' is encouraging us to spy on each other and to
'report suspicious terrorist activity'.

OUR 'media' keep reminding us that our government spent
thirty million dollars to manufacture and post to us,
magnetic stickers to be hanging on every Australian home
refrigerator, warning us to report 'Moslem terrorism
activity' with telephone number attached.

OUR 'media'' is posting TV-commercials almost every hour
encouraging us to 'look under every bed' in order to find
'Moslem terrorists'.

OUR 'media' is advertising toll free telephone number on TV
almost every hour to 'encourage' us to 'report terrorism'.

OUR 'media' is creating an anti-Moslem paranoia.

OUR 'media' is indirectly siwing fear against Moslems.

OUR 'media's' behavior is a little short of a Hate Crime
against Moslem brothers.

OUR 'media' never mentions that our Jewish/Christian
families are falling apart.

OUR 'media' never mentioned the good character of the
Moslem the people and the Moslem religion, mostly praying 5
times a day, while we Jews and Christians practically never
visit Synagogues and churches.

OUR Australian 'media' is mentioning daily, names of
fabricated 'terrorists' and 'terrorist organizations',
without ANY real evidence. NOT ONLY THAT! new institutions
are been created almost daily to report to the 'media'
about 'terrorism'.

NOW WE KNOW it is all mostly fabricated, they are all
stampeding to the news rooms to release their latest
disinformation, to deflect the Australian public from
knowing the truth.

OUR 'news media' daily, repeatedly, endlessly is
'interviewing' armchair 'experts' who always give us the
latest story they get from the US. All of a sudden almost
every Australian University has a 'terrorism expert'.

OUR 'media' always refused (or is not allowed to interview)
the only journalist in the history of Australia who already
proved himself (on most occasions) to be the ONLY terrorism
expert in Australia. Joe Vialls. FULL STOP!

OUR 'media' never reported where the one billion dollars
'tsunami aid' we gave Indonesia has gone?

OUR 'media' is not allowed to EVER mention what already
most informed Australians know, THAT 911 WAS AN 'INSIDE
JOB'.

OUR 'media' assured us before we joined Bush/Blair Iraq
massacre that: THERE ARE NO MOSLEMS TERRORISTS IN
AUSTRALIA, and therefore we should not worry about any
adverse effects sending our Australian military forces to
join the occupation forces in Iraq. Now, we hear daily
'reports' that Moslems 'may be' infiltrating every section
of Australian society. WHAT A BACK-FLIP by our Australian
'media' in less than two years.

Now, after all this spectacular Australian 'media'
anti-Moslem hate campaign, ALL THE AMERICAN'S TERRORISM,
HOUSE OF CARDS OF FABRICATED DISINFORMATION IS NOW FALLING
APART!

Last night's program highlighted that important HONEST
PATRIOTIC element in Australian journalism STILL EXIST.
While ALL the American press continue to maintain the 911
cover-up (as if the internet do not exist), here in
Australia we still have a VERY small group of honest
Australian journalists who dare to bring the truth to the
Australian people, and who are not corrupted by American
pressure and money!

We Australians are have been aware for years about the
massive corruption in Indonesia. As a matter of fact, when
we gave Indonesia one billion dollars 'tsunami aid', IT WAS
THE INDONESIAN PUBLIC who raised eyebrows asking us HOW
COULD WE POSSIBLY GIVE MONEY TO SUCH CORRUPT REGIME?

We Australians, never believed before that the Americans
would be successful in corrupting a the world's largest
Moslem country, to create 'Moslem terrorists
organizations', to act against the Moslem world, in total
contradiction to their own religion, to bomb their own
cities, to massacre their own citizens, to destroy their
own economy! Well, money can talk.

We are urging all our American brothers to watch/listen to
last night SBS-TV program. It would be the 'EUREKA MOMENT'
of your lives. For the first time it would open the eyes of
those of you who still believe that 'Bin-Laden' is behind
911.

FOR THE FIRST TIME, YOU WILL BE ABLE TO CONNECT THE DOTS,.

NEVER AGAIN will we be fooled...

Police 'Had Role' In Bali blasts

Indonesian police or military officers may have played a
role in the 2002 Bali bombing, the country's former
president, Abdurrahman Wahid has said.

In an interview with SBS's Dateline program to be aired
tonight, on the third anniversary of the bombing that
killed 202 people, Mr Wahid says he has grave concerns
about links between Indonesian authorities and terrorist
groups.

While he believed terrorists were involved in planting one
of the Kuta night club bombs, the second, which destroyed
Bali's Sari Club, had been organised by authorities.

Asked who he thought planted the second bomb, Mr Wahid
said: "Maybe the police ... or the armed forces."

"The orders to do this or that came from within our armed
forces, not from the fundamentalist people," he says.

The program also claims a key figure behind the formation
of terror group Jemaah Islamiah was an Indonesian spy.

Former terrorist Umar Abduh, who is now a researcher and
writer, told Dateline Indonesian authorities had a hand in
many terror groups.

"There is not a single Islamic group either in the movement
or the political groups that is not controlled by
(Indonesian) intelligence," he said.

Abduh has written a book on Teungku Fauzi Hasbi, a key
figure in Jemaah Islamiah (JI) who had close contact with
JI operations chief Hambali and lived next door to Muslim
cleric Abu Bakar Bashir.

He says Hasbi was a secret agent for Indonesia's military
intelligence while at the same time a key player in
creating JI.

Documents cited by SBS showed the Indonesian chief of
military intelligence in 1990 authorised Hasbi to undertake
a "special job".

A 1995 internal memo from the military intelligence
headquarters in Jakarta included a request to use "Brother
Fauzi Hasbi" to spy on Acehnese separatists in Indonesia,
Malaysia and Sweden.

And a 2002 document assigned Hasbi the job of special agent
for BIN, the Indonesian national intelligence agency.

Security analyst John Mempi told SBS that Hasbi, who was
also known as Abu Jihad, had played a key role in JI in its
early years.

"We can see that Abu Jihad played an important role. He was
later found to be an intelligence agent. So an intelligence
agent has been facilitating the radical Islamic movement."

Hasbi was disembowelled in a mysterious murder in 2003
after he was exposed as a military agent and his son
Lamkaruna Putra died in a plane crash last month.

Another convicted terrorist, Timsar Zubil, who set off
three bombs in Sumatra in 1978, told the program
intelligence agents had given his group a provocative name
Komando Jihad and encouraged members to commit illegal
acts.

"We may have deliberately been allowed to grow," he said.

Abduh also told the program his terrorist organisation, the
Imron Movement, was incited to a range of violent action in
the 1980s when the Indonesian military told the group that
the assassination of several Muslim clerics was imminent.

Another terrorism expert, George Aditjondro, said a bombing
in May this year that killed 23 people in the Christian
village of Tentena, in central Sulawesi, had been organised
by senior military and police officers.

"This is a strategy of depopulating an area and when an
area has been depopulated both becoming refugees or
becoming paramilitary fighters then that is the time when
they can invest their money in major resource exploitation
there," he said. 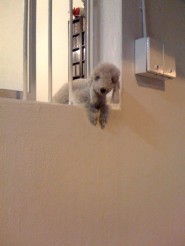