Friday, 18 April 2008 By monsveneris
As fell the great, greedy, corrupt empire of ancient Rome, so too goes America. With Iraq all but destroyed as a nation and the punch-drunk US army bogged down in the bloody sands of Mesopotamia thanks to the warmongering Bush crime gang, and the US economy crumbling for the same reason, one can only wonder at the mind-numbing lack of choice in the pre-election, guzzillion-dollar circus that poses as US democracy in action. Hilary? Obama? McCain? Anyone out there prepared to take responsibility for this gruesome mideast bloodbath, global shakedown and rocketing national debt? Anybody out there prepared to bring genuine democracy to the desperate American masses? Or are these the true “End of Days” for the USA? Fascism Is Creepy
by Stacey Warde
Published on Tuesday, April 15, 2008 by CommonDreams.org

For nearly eight years, I’ve tried without success to describe the radical shift that has taken place in our government.

Each time I’ve approached the task, I’ve had to throw up my hands in frustration because the only model that makes sense to me is the one called fascism.

But that word doesn’t go over too well in polite conversation. It evokes horrors too horrible to imagine. The reality, however, is that fascism isn’t just about jackbooted thugs and state-sponsored industry built on slavery and death to one’s enemies.

The danger of fascism is its seemingly benign mechanisms of control - fear, conformity, the state’s intermingling with religion and corporate enterprise - for keeping a populace in check, for making its people feel content with the way things are and never quick to protest occasional violations of human rights and infringements on their or another’s liberties.

The danger of fascism is its seemingly magical ability - through brilliant propaganda outlets like Fox News - to keep a people resigned to whatever the government does in their name, making them feel secure through its adventures in endless wars and policing the globe and the homeland.

The other great thing about fascism is its capacity for supporting, even indulging, denial on the most massive scale: “We don’t torture. …You can trust us. …If you’re not doing anything wrong, you’ve got nothing to worry about….”

Our phones are tapped, elections rigged, bogus wars planned and executed, real and imagined enemies created, and police acquire more powers to intimidate and harass while more rights are taken away from citizens.

Churches pray for the end of the world and offer their children as sacrifices for the war machine, and collude with the government colluding with the corporations and financial institutions - promising blood, anything, for National Security.

Soon, we who protest have been silenced, or marginalized. The Supreme Leader has the right to put anyone he considers a threat - U.S. citizens included - into prison indefinitely, without access to an attorney, or the right to confront his accusers, merely by declaring that person an “enemy combatant.”

The whole drama and theater of the fascist play draws its action from the government wedding itself to corporate interests - in the U.S., a nationalist religious fervor is thrown into the mix to make it all palatable.

Eventually, we all do what we are told - or suffer the consequences. The real danger of fascism is its creep factor. It creeps up on us, and before we know it, we’ve become model citizens in the state that runs secret prisons and gulags around the world. We accept, approve and justify state-sponsored kidnapping, torture and preemptive war. Fascism is creepy.

Historically, by the time citizens realize what’s happened to the country they love, it’s too late.

Like many others, I’ve known for a long time that America has changed. Its legacy of freedom has morphed into something grossly distorted, something the founders of this nation would not have recognized.

I believe they would have wanted us - those who came after them - to fight just as hard for this legacy, which they bestowed upon us, trusting that what they obtained through their own blood and sacrifice was worth the cost, the promise of freedom, to live free from the tyranny and fear of not just our enemies but our own government.

I used to nod with a smile at the pithy “I love my country but fear my government,” but now it’s not so funny. Under the Bush administration, the government has cynically debased rather than protected my rights as a citizen, and I’ve got good reason to fear.

My eyes are wide open.

Still, it’s hard for some citizens to acknowledge the plain and simple fact that our liberties have diminished and not advanced under Bush’s leadership. It’s been hard for many of us to draw a clear picture of our predicament, to know just how much has actually been lost, and where that leaves us as citizens.

How does anyone make sense of something as horrible as the loss of liberty and the emergence of something darker and more sinister? What word or words can possibly describe it?

The United States hasn’t always lived up to its promise as a haven of freedom, but it’s come close, and has built an even greater legacy of expanding and protecting those freedoms handed down to us from the Revolution, giving people around the globe reason to hope.

Our government has at times acted criminally in the name of freedom, justifying acts of terror and war. But I’d like to believe that the swing has always been in the other direction, toward more human rights and freedom.

Yet, in the nearly eight years since Bush took office, U.S. foreign and domestic policy has tilted away from not closer to its responsibility of guaranteeing individual freedoms. Our government has done more during Bush’s tenure to jeopardize and infringe upon those rights than to protect them.

The world distrusts American interests precisely because we’ve failed to honor and respect the codes of our own charters of freedom, let alone those of the international community, neglecting human rights at home and abroad.

Consequently, repressive nations like China have no reason to fear repercussions from the United States for abuse of citizens seeking democratic reforms. They can continue to oppress their own people without fear of reprisals because the United States is no longer the beacon or protector of freedom that it once was.

How does the United States, given its own recent history of sanctioning repressive tactics like waterboarding, hooding, and indefinite imprisonment, claim higher ground and demand an end to repression and terror?

As noted by historians of the fascist movements of the 20th century, repression and human rights abuses like those practiced by China, and recently the United States, can appear in waves, sweeping up state governments around the globe in a frenzy of abuse against their own people.

Once again, fascism appears to be on the rise, in the West as well as in fundamentalist Islamic nations that oppress women and nonbelievers.

I don’t have any illusions regarding the threat of militant Islam, or its own fascist turns against liberty, subjecting its enemies and its own people to terror and inhumane treatment.

Sharia law, in which local Imams dictate morality, is no more appealing to me than the White House dictating my responsibilities as a citizen.

I like the old biblical injunction of “set your own house in order” before attempting to influence another’s.

The time is ripe to turn the United States back to its original radical design of guaranteeing the individual liberties of all its citizens, including the right to speak out against the government and to turn tyranny on its head.

It’s time to reaffirm the right of the accused to confront their accusers, to put teeth back into the force of law that protects our freedoms as spelled out in the U.S. Constitution and Bill of Rights. It’s time for a refreshingly honest discussion of our rights as U.S. citizens in a nation stifled by fear and ignorance.

If we can pool the talents and passions and resources of people whose vision embraces the human spirit’s quest for freedom, we might just stop the frightening tilt toward fascism that has made the United States - a nation founded on democratic ideals - a stranger to the world and to itself. We might reawaken ourselves to the legacy of freedom that once served as a bulwark against fascism.

Stacey Warde is editor of The Rogue Voice (www.theroguevoice.blogspot.com). He can be reached at This email address is being protected from spambots. You need JavaScript enabled to view it..

FAIR USE NOTICE: This site contains copyrighted material the use of which has not always been specifically authorized by the copyright owner. We are making such material available in our efforts to advance understanding of environmental, political, human rights, economic, democracy, scientific, and social justice issues, etc. We believe this constitutes a 'fair use' of any such copyrighted material as provided for in section 107 of the US Copyright Law. In accordance with Title 17 U.S.C. Section 107, the material on this site is distributed without profit to those who have expressed a prior interest in receiving the included information for research and educational purposes. If you wish to use copyrighted material from this site for purposes of your own that go beyond 'fair use', you must obtain permission from the copyright owner. 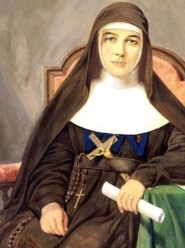