Saturday, 14 September 2002 By Correspondent
I can't believe the bullshit that is published on this web site. Obviously you turkeys think that those people killed at the World Trade Center deserved it because they were Americans!
America was attacked and it has the right to defend itself. It had to strike back. Only you fools in lunar lefty land with your blind anti-US jingoism believe it hasn't! Faced with the total collapse of your world vision when the Berlin Wall fell, the left is now bereft of any policy or ideas. All you have is your vile anti-Americanism where all world problems are caused by moronic American conspiracies! Face it losers, the Cold war is over. Capitalism won. And it won because it is the form of society where people who work hard can get the rewards they deserve, not on how “Politically Correct” they are! It is the form of society that the vast majority of people want.

Isn’t it a farce where we now have the worker’s saviors on the side of religious nutters like Osama Bin Laden, and fascist dictators like Saddam! I say thank God we have the Yanks standing up for themselves, because by doing so they are saving the civilised world from tumbling back into the dark ages of despotism! 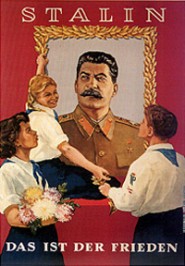