All The President's Liars

Now we laugh in much the same way and for similar reasons at babbling Donald Rumsfeld and the rest of the Bush administration. However, I doubt that the long-suffering people of Iraqi are laughing.

Brazen lies, repeated like a mantra, are at the core of both the Bush "team", and the U.S invasion and occupation of Iraq.

In that light, readers of Xenox News will not be surprised to learn that the first Jessica Lynch-related book is being promoted by Hill and Knowlton, the PR specialist infamous for coaching "Nayirah," the Kuwaiti girl, in her shocking but phony 1990 testimony to Congress that she'd seen Iraqi soldiers murdering Kuwaiti babies.

Nayirah's lies were exposed as her own real identity came o light: the daughter of the Kuwaiti ambassador to the U.S., Saud Nasir al-Sabah.

Unfortunately, the heroic Jessica Lynch story is just another of the fantasies weaved by the Bush administration in the U.S. invasion of Iraq.

It never happened, as anyone following the Lynch plot know all too well.

U.S. Military officials peddled the yarn that Private Lynch fought back fiercely as her supply convoy was ambushed in the central Iraqi town of Nasiriyah on March 23 2003. She fired until her ammunition ran out before being overpowered, shot and stabbed by her Iraqi captors.

Well, actually, no. None of that occured.

Instead Lynch suffered "horrific injuries" when her Humvee crashed into a broken-down lorry at 70kmh.

Brave, battling Jessica survived because of the medical attention she received from Iraqis.

The book - "Because Each Life Is Precious: Why an Iraqi Man Came to Risk Everything for Pvt. Jessica Lynch" - was apparently written by Mohammed Odeh al-Rehaief, the Iraqi who gave U.S. Marines the location of the 'captured' Private Lynch as she recuperated in a hospital.

For his efforts, Mohammed and his family were granted U.S. asylum.

Along with the chance for U.S. citizenship, he also received $300,000 from Rupert Murdoch for the book about the fake Lynch "rescue".

And the lies keep piling up, much as the bodies of U.S. troops, Iraqi civilians, and journalists.


A little more on the book:

And more on Hill and Knowlton:

Wino, always stumbling, Yet in drinking I show most discretion. Where to wind up, Sober, this evening? Somewhere on the river bank I’ll find dawn’s moon. 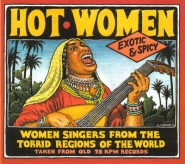