The UN Security Council finally fulfilled its role by unanimously backing US President George Bush’s plans to disarm Iraq. Iraq, a serial delinquent when it comes to disobeying UN resolutions, will have to prove it is actively disarming it’s weapons of mass destruction as it was required to after the last Gulf war. President Bush and his administration have proven they have the intelligence and strength of will to force the UN to do its part in preserving world peace.
Thank God we have men of honour like George Bush and John Howard leading the nations of the West in the troubled times we find ourselves in now. 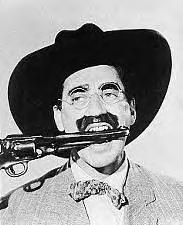 The triumph of utter Aussie idiocy.