HOTEL CLEANER THROWS ONE UP DELTA!

Hilton Hotel cleaner Barry Farnsworth has emerged as the new man in Delta Goodrem's life after claiming the pair fell in love after he popped into her room to "clean the lavvy". The shock announcement came early today when the 48 year old Farnsworth said he could hide his feelings no longer and was planning to abandon his dustpan and broom to join the singer on her highly anticipated singing tour.

"It all happened pretty quickly" said the balding Farnsworth who was giving the stars bathroom a "onceover" when their eyes met.
"She was a bit sheepish at first probably because she'd just finished using the toilet and you know -it stunk pretty bad."

Farnsworth says he quickly put the young starlet at ease using his trademark sense of humour to shield her embarssment.

"I asked her if she'd eaten a skunk for breakfast" he chuckled.

After a short discussion over bodily odours Farnsworth claims the singer began serenading him as he gently washed away her skidmarks.

"I don't know which song it was; 'Innocent Ibis' or something like that" he said.

Farnsworth claims that it wasn't long before the "Do not disturb" was posted on the door and he and Goodrem were "at it".

"She went off like a firecracker" he claimed mentioning that at one stage Goodrem had paraded around the room wearing his "Y" fronts on her head.

"I thought that was a bit wierd" he said.

The usual denials have been fired off by the Goodrem camp although Farnsworth is now seeking time off work in a bid to join the singer on her nationwide tour.

"It'll be hard at first" he said of life on the road.
"I just hope her mums not coming. I hear she's a right old slapper".

Anybody isn't frightened now simply lacks imagination. Is there any escape? Of course. A miracle. Leave the details to Joe. 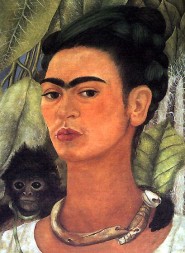 WHY WE ARE LOSING

New Orleans wonders: where are the resources when you need them?