Home  Entertainment  Astral Travelling  BLAST FROM THE PAST: ‘MY MOTHER FUCKED AN ANGEL’ 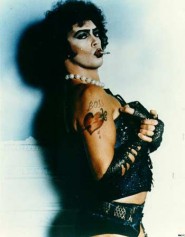 BLAST FROM THE PAST: ‘MY MOTHER FUCKED AN ANGEL’

Vignettes on Spirituality by the staff of XenoxNews.

His beatific smile and heavenly grace flood my mind whenever I recall my stepfather. Wings he may have had, but also a heart of pure gold. Mother oft repeated the story of their meeting one miserable Good Friday:

`It was a gray stormy day. I was on the pier bemoanin’ the loss of your true father when lo and behold there was an eerie light. Trumpets roared, and the clouds parted. Then He appeared. His smiling countenance filled me with true joy!’

My Mother arrived back home with this beautiful creature in tow. From then on the pair were inseparable. Often, late at night, I heard their dialogue of love echo around the house.

But this bliss could not last forever, and one sad day he left my mother and I for that Holy Realm of the Lord. We know however that when our time comes we will be welcomed by this heavenly soul at the pearly gates, and our destinies will be reunited for eternity.

“The old man, the only thing I remember, the smell of bird shit and incense; the feathers!

“Still retained that holier than thou attitude. Even when rammin’ his blessed pecker into mum.

“He certainly wasn’t my father. I suppose if he was I’d be Jesus.

“Told us he was visitin’ on a Sabbatical. The power(s) that be wanted to know how the flock were doing, whether orders were being obeyed. However the earthly pleasures were too much for this servant of god. As soon as he saw my mother’s ass that was it, the ‘report’ as he called it, took a back seat. Next thing I knew he was suckin’ piss in our lounge. The bastard still made me go to church every friggin’ Sunday though…”

My mother fucked an angel, rightly so, rightly so; but once, was it that my father fucked an angel. For it is important as far as the consequences come to hand, as twas, from thenceforth the possibilities were made possible and so twas that, more importantly the son of the angel fucker was born. “And what now?” the son spoke, “from where to why and how shall I go forth…and what of these damned wings? Must I keep them squashed in my jumper till I die?” (As twas, truly one parent had lied, these bastard wings were useless for flight.) And as these questions pervaded this lonesome youth a vision began to forge its request for pursuance upon his insides and an insistent need began to claw and scratch against this boy’s mind and body, through to his thoughts and loins. And as it was, that this ache, he knew, would only have one balm, he as one of his parents had done, spent his tortured youth in pursuit of the lovely angel fuck.

SCARED OF ROBOTS? MONKEYS ARE TOO!

To journey into the hallucinogenic village of the damned

BACK TO THE MAELSTROM...