The New Years honors list has bought forth a rather large surprise for Australia -  Queen Elizabeth has crowned John Howard King of Australia!

Bow down Aussies to your new leader -King John

Using a long lost clause of Australia’s constitution, Queen Elizabeth said she was bowing to overwhelming public opinion in Australia and agreed to appoint the former PM as new leader. Being a staunch Monarchist current PM Julia Gillard had no choice but to bow to her superior and has said she will support the Queen’s move.


The new King expressed surprise and excitement about his new role:

“I am honoured, and my wife Hyacinth can’t wait to move back into our palace at Kirribilli.”

When asked what his first task will be as Australia’s new Monarch, he said making Tony Abbott PM would be a priority.

I like to believe that people in the long run are going to do more to promote peace than our governments. Indeed, I think that people want peace so much that one of these days governments had better get out of the way and let them have it. 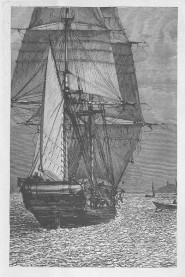