Another Comedy Great Leaves Us

Join us in the Xenox News tribute to one of comedy's recent losses. An unmatched comic genius who often had us rolling on the floor in paroxysms of laughter. How can they ever be replaced? Who will bring us to our knees in joy like they could?

We were all grieved to hear that the Queen Mother passed away recently. One of the world's finest comediennes. Who could ever forget her famous Samurai skit on Saturday Night Live? She will long be remembered and enjoyed for her cult films Blue Blood Brothers and Royal Animal House.

The Queen Mother had a long history in show business and during World War II she often entertained the troops with her shenanigans and high spirited high jinks. Here's an archive shot taken after a well received show.

For misleading the American people, and launching the most foolish war since Emperor Augustus in 9 B.C sent his legions into Germany and lost them, Bush deserves to be impeached and, once he has been removed from office, put on trial along with the rest of the president's men. If convicted, they'll have plenty of time to mull over their sins. 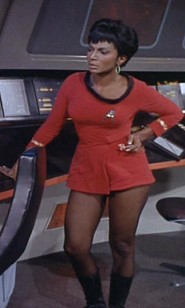 The eternal violences and desperate realities.