Created: Saturday, 23 May 2009 Written by Ricardovitz

It seems that some Doctors ain't got the balls to tell parents that their kid is a food guzzling fatty.  According to o­ne Monash University study, "Doctors find it difficult to raise the issue of childhood obesity with parents" even though parents know damn well that their fat kid isn't just eating them out of house and home but is probably going to have a stroke or heart attack before age 15.

The fat kid's parents want doctors to do something about their kid's blubber problem, but are afraid to stop feeding their kid fried snicker's bars and chilled bacon fat cubes.  o­ne mother who asked me to keep her identity secret said  "my boys threatened to bite my left titty off if I cut off his supplty of chilled bacon fat cubes."  Sugar coated bacon fat cubes are all the rage in South Western Australia, and are quite controversial because they are imported into Australia from an American company as a by producte of soap production.

To help overcome this stigma, researchers from the Department of General Practice are working on developing new names for fat kids.  Some of the kinder names developed as a result of this multi-million dollar study, which Doctors  would like to see people use are:

Professors involved in this study said the number of fat children in Australia had risen dramatically over the last 15 years, with up to six per cent grotesquely fat.

"We want to talk to parents with children who have a weight problem about their views and needs, and the type of advice and support they have received" but we're too scared to tell folks to stop feeding the fat kid.

"Childhood obesity is an issue demanding urgent attention", and more expensive studies so we can solve the problem of figuring out how to tell people their kids are too fat and find ways to stop cramming sugar coated fat cubes down their throats.   More funding is needed for these very important and usefull studies.  The more researchers can learn about why fat kids are fat, the more money those researchers will have to buy sugar coated bacon fat cubes for their own demanding family members. (was that statement o­n the record?)

"While state and local governments are providing important funding for programs with a focus o­n prevention of obesity, this is o­nly part of what is needed to help many families and children who are dealing with this chronic condition now."  In other words, WE NEED MORE OF YOUR MONEY......NOW!!!! 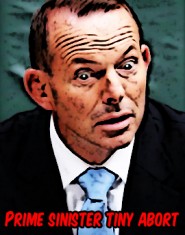