The IRA, now exposed as little more than a front group for left wing terror-loving extremists, have long had a strong connection to the Havanna strongman. Fidel, like those blood thirsty Irish "patriots", has long practised indiscriminate terror on his own people in order to subjugate them to his will.

And we know the IRA has also had long and strong connections to Middle Eastern terror groups such as the PLO and Hammas. And Castro has often lauded these groups as fellow revolutionaries.

Let's face it; that nutter Castro has hated the US ever since it opposed his Soviet backed take over of Cuba. While he may not have been directly involved in the World Trade Centre attack you can be sure he would not have done anything to stop it.

Like all despots (including that XenoxNews favourite Venezula dictator Hugo Chavez) he hates democracy and free enterprise. He knows that if his people get a whiff of this freedom his tinpot regime will fall.

To really stop terror it is Outposts of Tyranny such as Fidel's that must be destroyed.

War cannot be avoided until the physical cause for its recurrence is removed. 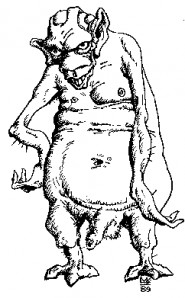