Home  Local  WE HAVE TO HAVE IT

WE HAVE TO HAVE IT

Friday, 04 August 2006 By Chato
The Howard/Costello economic gift to Oz


"We have to have it" droned Oz PM Hogturd.

"This is the severe economic Depression we
had to have! My regime views this as a sign
of a vigorous Howardland economy, and I have
trouble understanding the negative comments
coming from the mob.
From the outset, we have repeatedly stated
that we would not tolerate losers, and the
coming economic storm will highlight how
many of you dullards are not up to the
highly productive standards required by
the Howardland. A long stretch of unemployed
homelessness will sort the sheep from the
goats nicely.
May I remind you that it was my regime that
gave Oz record levels of severe mental and
social depression?
An economic depression is a very fitting
style of icing on the cake!"

"We have to have it. This is the severe
economic Depression we had to have!
I really believe that this is the type of
fire Oz must go through to sort the sheep
from the goats.
In any case, the PM has my admiration and
full support in these times that he must
find very tiring, as he applies moral
correction to the mobs of bludgers who are
entirely responsible for their own severe
personal situations. Overweight, overpaid,
useless bums with no backbone!" 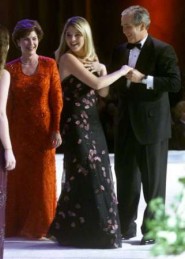