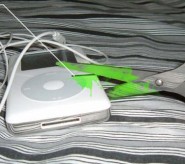 Let's have some action John! Now!


What is it with the Howard proto-fascist
government? We were promised stern action to bring
about the harsh but fair new world order, and I
demand action. I know that John is doing his best,
and it was encouraging to see that four hundred
elderly people are about to be evicted on the
orders of the investment company that now owns
what was once shelter for these old bludgers.

BUT IT IS NOT ENOUGH!

If these neo-liberal pigs want my vote, they will
have to show me whole suburbs of valuable property
cleared of useless human vermin. I need to see the
rate of bankruptcies rising even faster than what
the Bureau of Stats reckon is the highest rate
ever. Until the Oz household debt reaches a decent
ten trillion dollars instead of the present
piddling one trillion plus dollars, I will not
believe the neo-liberal pigs are even trying.

You cannot build a wonderful new society until
every trace of the old society has been destroyed.

A clean slate. Burn the whole fucking thing down
and put the proles to work building huge statues
with their bare hands. Statues that will face out
to sea to call the gods of corporate power to look
upon the local plutocracy with favour. Statues
that depict a huge corporate mantis eating the
head off the body of some mere human mortal
writhing in agony while clutched in giant mantid
claws. Statues that proudly exhibit the unmatched
ferocity of the corporate culture that mere humans
shall grovel to if they wish to survive.

I want any remaining energy to be diverted to the
job of building a tower designed to reach the
highest heaven, a tower that makes the New York
Freakdom Tower collapse with shame.

Then, and only then, will you filthy philistines
have my vote.

It is not things, but opinions about things that have absolutely no existence, which have so deranged mankind!