Gillard and Abbott might be one of the best things to happen to this country.

Their collective uselessness ensured that many voters would either swing or vote for independents. 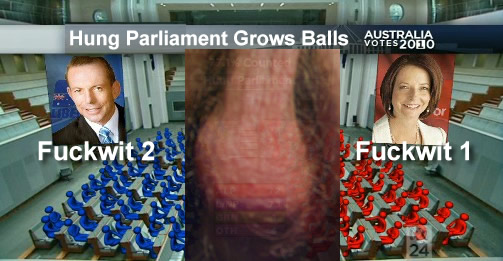 The result is a government whom, for the first time in decades, are pushing through reforms. Reforms which would never have seen the light of day under a Liberal or Labor government should they have had a majority.

Because of the tight balance these reforms are also debated in depth.

The latest reform is the new shield law which has just been approved.

"Tweeters and bloggers will be able to give their confidential sources the same protection as the mainstream media following the final passage of the amended journalism shield law. The bill is the work of independents Andrew Wilkie and Nick Xenophon. It provides a presumption in federal courts that journalists' confidential sources will be legally protected."