What the fuck! Latham wants a padlock on every penis and a nun in every home! The man has gone crazy. Over the abyss! Damn Catholics – I knew they wanted it all. Not satisfied with their primping and promping they want to control your bedroom. Well Polish Pope I will fuck whom I want when I want and wherever I want (as long as the fuckee agrees)!

Next on the tube was that Green fool Brown. Wants to ban beer but allow free Heroin! A madman. Alls I want is those hippie chicks ‘tween me legs Bobbie; but you as a poo-jabbing greenie won’t allow it. No. Not at all.

Damn. Now I have worn out my remote.

On May 15th 1870, Edward Kelly (age 15) was brought up before Dr Heath and Mr Perry in the Benalla Court on a charge of Highway Robbery Under Arms. The prosecution applied for a remand of seven days in order to gather their witnesses. The remand was granted and young Kelly was taken back to the lockup. During the hearing, the court was crowded with an audience who come to watch the fate of the young bushranger. It was described by the press how Kelly would look around the courtroom and smiled with a sense of bravado and he assumed a 'jaunty air'. While in his cell, it was reported that he 'sang like a bird' and evidently considered himself a character to be admired.

from 'The Bushranger Harry Power - Tutor of Ned Kelly' by Kevin 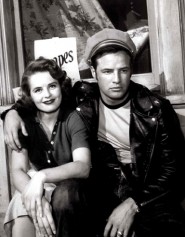 The Chicken a la Peyote.

THE MEANING OF FREEDOM