Medical researcher Dr Saul Crutchinson announces discovery of what could be the world's no 1 killer of men and women..... At a press conference held late Friday afternoon at the Medical Research Institute, Dr Saul Crutchinson announced the discovery of the world's number 1 killer. "Birth! The figures are undeniable! Everyone who is born dies and there is nothing we can do about it!" he exclaimed whilst grasping the podium with both hands. His face red with his exertions, Dr Saul provided some hope saying "prevention is the o­nly cure and the o­nly means of combating this deadly menace." Free chocolate flavoured edible condoms were distributed to the press to illustrate his point while "Relax Don't Do It" by eighties dance fave Frankie Goes To Hollywood was played over the PA.

If you consider any set of data without a preconceived viewpoint, then a viewpoint will emerge from the data. 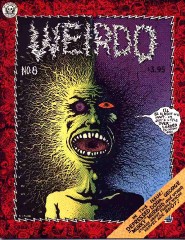