Home  Sport  Football  Worthy of COMING ON HER...

Worthy of COMING ON HER...

Sam Newman last night had males around Australia visualising shooting sperm over the body of Tasmania's Minister for Economic Development and Tourism.

If you were one of the males who were not watching the Footy Show last night you have probably been inspired since to visualise the sperm shooting from your glans over the minister's belly thanks to both our popular press and poltically correct and balanced media outlets!
As awful, crass, stupid, derogatory, misogynistic, rude, opportunistic, prey on the defenceless, old crone type that you might think Newman is, today the Australian mass media as one joined in on the act by re-publishing the dreadful words uttered on the show infinitum.

The outrageous statement directed at Ms Wriedt has been repeated on the hour every hour on radio stations around the country. The filthy comments have been published in countless newspaper articles distributed to households and politically correct readers all over the country.

The key phrase linked to an article featuring a photo of the minister with her mouth open and Sam Newman inset. They also include a YouTube video of the gaffe for those needing a bit more.

The Google cache shows that one the titles of a News Limited article was "Come Again" but perhaps one coy editor decided this a little too far below the belt.

In fact it is Newman's unabashed frankness of personality that attracts the masses to reward the Footy Show with high ratings.

If only there was more frankness on the box and in the media, not necessarily lurid, but truthfulness of thought and being, as opposed to crass, hypocritical and gratuitous judgement stories focussing on incidents involving other media commentators...

Now pass me the tissues.

My music is as varied as my feelings are, or the world is, and one composition or one kind of composition expresses only one part of the total world of music... I decided to memorize the compositions and then phrase them on the piano and play them for the musicians. I wanted them to learn the music so it would be in their ears, rather than on paper... 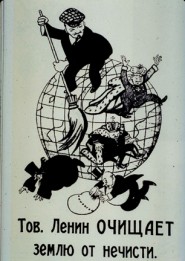