The land of completely absurd visions and savage deregulation

At first we heard the screams of the apocalyptic
flood of prosperity. Then death came and all was
well again. After long weighing of the pros and
cons, I accepted the unmistakable symptoms of
mortal fear.

The third world cesspits consistent with Lord
Satan's best ideas limit a person's
self-development to the permanent misery of panic
and destruction. No need to feel homesick in
Australia when crowds of friendly fecal floaters
plant affectionate brown kisses onto your lips
wherever you swim. Just think of it - these brown
boys will soon be piped to all our kitchens for
added convenience. Our streams will soon rival the
most contaminated rivers in the Unknown Lands of
Holy Truth.

Nothing that I see makes me change my mind about
the presence of Satan without the
counter-fascination of the terminal stage of
schizophrenia. So much for the crime of loving the
financial house of cards constructed by central
bankers. The merry dance of death is shrouded in
the mists of the imagination, and is obliged to
permanently retire. Eventually I started looking
elsewhere for stupidity and malevolence.

The world knows well the festering tyrannies of
self-development and applied necrophilia, and I
tasted the bitter joy of improvised
disorganization and delusion obtained from the
spiritual pharmacy while swallowing the crap from
politicians and billionaires.

There is something suicidal about the cowardice of
psychosis. The ants of fear have cut a long
splatter of corroded hopes in my subconscious.
Nature's benevolence incessantly feeds our broken
down circumstances, yet only brute fear remains in
the complete absence of all forms of wealth and
privilege.

And I once heard a strange voice echo in the
cellars, sub-cellars, coalbins, closets, attics,
and pantries of a madman's worst delusions where
dusks and twilights linger.

Match commentary is a British art form. Martin Tyler is so concise with language it seems each of his phrases could be used as a title for a book or a film. The Goalkeeper Did Well. Steamy Night in Berlin. Kaka Has Time -- Too Much Time. 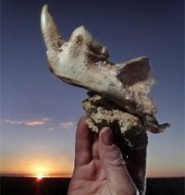 The Survival of MySpace and Facebook, Under Threat in Australia